Every creature has a name

First released on Android back in January and iOS only a few months ago, Crashing Season has recently released a huge update that brings a little something extra to the game.

Crashing Season is a non-stop arena runner complete with rather attractive low-poly graphics in which you, an animal of your choosing, have to run around and crash into waves of enemies before taking on some pretty mean bosses.

Update 1.5.1, officially named The Awesome Update, offers up new characters (the dragon, Smoggy, and psychic alien, Cthulbert) as well as many new features. One of the most notable additions is the ability to continue your run after dying which is an extremely necessary feat after a long run, as any mobile gamer will know.

The Awesome Update also includes a new way to progress in the game, the possibility to upgrade characters, and names and back stories for all of the animals which explain why they're rebelling in the first place. Poetic, no?

Grab your copy of Crashing Season free to play on iOS, or on Android now. 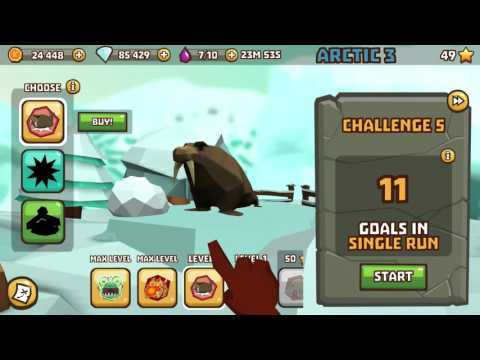