Play as a bear in a bathtub

They won't just be any old vehicles though. Since the first game, the animals have apparently spent some time building their own transportation turning everything from cardboard boxes to bathtubs into vehicles. They'll each have their own HP and speed and can be upgraded with coins.

Alongside the vehicle, you'll be able to select the driver from a colourful class of animals that can be obtained from chests that you can earn. Once you've picked your driver and their vehicle you'll head into various different levels that will see some runner style gameplay. 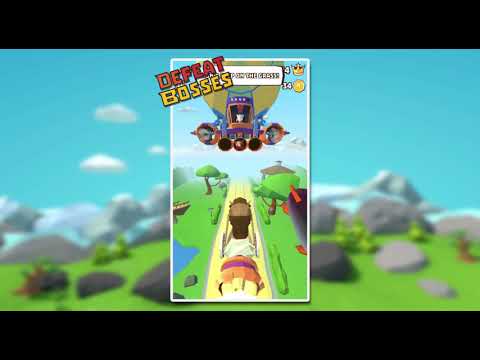 You'll be dodging obstacles, blasting enemies and collecting coins as you race across hills, roads and dirt tracks. You'll do this by swiping left or right with your finger to change lanes. There will also be bosses you'll have to do battle with too.

This plays out similarly to the standard runner levels but with two key differences. Obviously, one of those will be the giant boss that's trying to bring you down. The other is you'll be able to pick up various weapons as you dodge the bosses attacks and other obstacles. Once you've grabbed one of these weapons you'll be able to fire it at the boss.

Koukoi Games has kept the low poly art style that saw the first game win a few accolades for its graphical style and so it has kept that cheerful look the original possessed.

Crashing Season Run is available now on the App Store and Google Play. It's a free-to-play game with in-app purchases.

Check out our news section to discover the latest, and greatest, games.
Next Up :
Lineage2M, NCSOFT's stunning MMORPG, is out now on PC, Android, and iOS devices worldwide