Crash Dive 2 is a tactical submarine simulator that looks to build on the foundations of its predecessor. It allows players to take a stealthy or more openly aggressive approach as they look to destroy enemy vessels and bases. We decided to have the game over to our App Army to see how they fared in naval combat.

I had always wanted to try the first game in this series but never seemed to get around to it. I am very impressed with the sequel and was surprised at how great it works on mobile. The game is a submarine simulator with lots of missions and a random mission generator. The tutorials go over multiple categories like movement, the UI, and target practice very thoroughly. I really appreciate this and everything was very well laid out. Controls for movement, diving, using the periscope, and aiming guns is all quite natural feeling and fairly easy to get used to.

The tips for stealth-like hiding in temperate spots in the water or diving to the ocean floor show how much variety there is for the missions to follow. For a game that could be overly complex, the devs did a great job with the presentation. The graphics are really good and effective while running very smooth. The sounds are decent and really immersed me into the game. Overall, I am still getting into the game more deeply and I am having a great time. If submarine warfare sounds interesting but you fear that the game might be too complicated don't worry. This is the game for you with plenty of depth and variety (sorry for the pun).

This game is the most realistic naval combat game I have ever played by far. The devs did their research, and it shows. The game mechanics are quite complex right from the outset; there are a lot of things to manage, from manual torpedo targeting to evading sonar by staying beneath a certain depth. This is not a game that you will master right away. The graphics are great and the controls are smooth. Overall, I have nothing to complain about. The realism and attention to detail are huge pluses for me, and they make the experience that much more immersive and engaging. This is a definite recommendation. 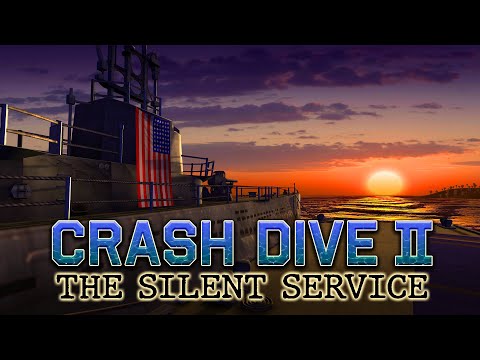 Wow this game is complicated. My first thought of this game was to compare it to steel diver sub wars on the 3ds game, an Arcady submarine game, but this is not like that! It’s a submarine simulation game. You have to think about speed, depth, and how to navigate to your objective. The camera is always placed at the periscope. If the periscope is down while you are underwater, you have to use radar to navigate. I found this a challenge to adjust to, but it is very realistic and makes you approach the game differently. I found the weapons tricky to use but got used to them. I recommend this one for fans of simulation and strategy games.

As soon as I opened this game I could see that the developers meant business - even the opening menu graphics looked great. The tutorial was very comprehensive, but to be fair it needed to be because there was so much to control that nearing the end, I felt a little overwhelmed. Once I finally got into the first mission I found the time speed-up very useful, which meant the target, once acquired, was quickly reached.

I had a problem aiming at the enemy, but I eventually got the hang of it and completed the level. Then on to more difficult levels and more strategic thinking. The whole game looked and handled well, and the only real criticism I found was that there were too many panels to watch. That said, it was still fun to play.

I played this game for about two hours this weekend (I’m a new parent, so I had quite a few interruptions). As discussed by others, the tutorials here are extensive and mandatory. For my first attempt, I tried to just jump into the campaign and see how it went. It did not go well. After going through the tutorials, I can say this game is great. Very deep with a variety of modes. If you’re interested in sub/naval battles, I would highly recommend this. Just be sure to play through the tutorials.

Many games have little to no tutorial. This one went completely opposite with a tutorial that I was kind of ready to be over, to be honest. It was good though in that there is lots of micromanaging you can do in this game, down to crew management (including injured crew) and system repairs and more, and people who like that will probably really appreciate the in-depth tutorial. It also gives you some important tactical tips to use as you go hunting in your sub. So yes there’s a lot of info to be gathered and the devs want to make sure you know all the tools that you have to work with. As for the gameplay itself, it’s pretty impressive.

Plenty of different modes and levels of difficulty and they manage to give you enough realism to drop you into the fight. The graphics look good and the controls are responsive. My only hang-up is that my first mission of going after a single ship didn’t actually tell me that the mission was complete, so I found myself ultimately deciding that it was, and I exited to be told that I had in fact completed the mission. Then I took on a medium convoy mission and thought it was over when it wasn’t. Not a big deal and it doesn’t take away from the pretty cool game. I’ll probably play this fairly often and can recommend it easily.

I’ve played it all weekend and can say that the game is really good, more than I expected. at first sight, I was impressed by the tutorial exhaustiveness, it could serve as a lesson for other “more famous” devs. options menu and overall presentation are also very complete, clear and useful. the game itself is very good and realistic, 3D graphics did their job, playability and controls are almost perfect, and the historically faithful campaign + a custom missions mode ensures a lot of hours of play and good replayability. worth every penny, even for those who are not into WWII naval conflicts.