Last month, it was discovered that many beef products on sale in popular high street stores and supermarkets across the UK and Europe contain horse meat.

In fact, some beef lasagnes from food company Findus were found to be 100 percent Seabiscuit.

The app's called Cow Crusher, and, well, the clue's in the name. 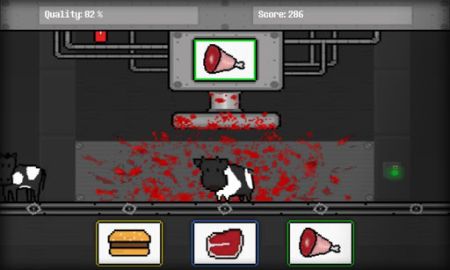 Basically, you have to ruin a bunch of cows and transform them into a range of bovine-flavoured snacks, while avoiding any horses that wander onto your production line.

Accidentally squash too many horses and its Game Over. It's that simple.

Cow Crusher is available on Android for free, so go and check it out now [download]. It's heading to the App Store "soon".
Next Up :
UNO! Mobile launches esports tournament with a solid gold UNO card up for grabs