Conception II's due date revealed as April 15 for Vita and 3DS, Atlus celebrates with new trailer

Atlus has announced that its upcoming JRPG Conception II will come to North America on April 15 for both the 3DS an PS Vita.

The unique world of Conception II casts players in the role of a Disciple of the Star Gods who must save the world from an army of evil monsters.

Thankfully, he won't be going it alone - seven heavily armed female Disciples all stand ready to venture into the depths of the Pandora Labyrinth alongside the hero.

In a truly surreal move, the pairs of Disciples can form social bonds and create "Star Children" together. These manifestations of the Star Gods' powers spring into existence ready to fight for their (future) parents.

It's all a bit bizarre sounding, honestly, but it also looks like a promising JRPG with a firm strategy component.

Each monster you encounter has vulnerabilities based on the direction that it's looking, so careful positioning of your progeny is key to success in the Labyrinth.

Those who pre-order Conception II will also receive a 10-track CD with excerpts from the soundtrack - which, incidentally, includes the track used in the trailer below.

Note: footage in the trailer is taken from the 3DS version. 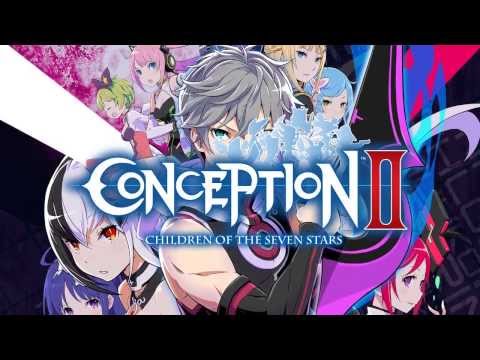