Still waiting on the due date

Have you ever wanted to play God's gift to women? If so, Atlus' bizarre Conception II is just the game for you.

The first of these heroines is Fuuko, also a first year recruit at the hero's academy. She's the first heroine that you can make Star Children with, incidentally, so it's in your early game's interests to be nice to her. 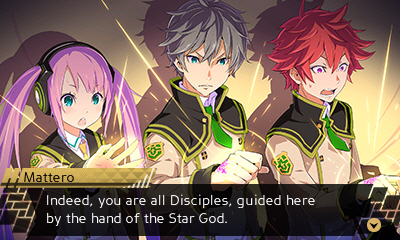 Each heroine has 'bond points' which strengthen their relationship with the main hero. As the bonds grow stronger, so too do the Star Children they produce.

But each heroine also has a unique personality type, and you'll need to figure out how best to increase your bonds with them based on their dispositions, likes, and interests.

Think one half-Persona one half-Pokemon, with some implied celestial baby-making tossed in, and you won't be far off of what to expect from Conception II.

If you aren't creeped out by that description, Atlus has one more offer to sweeten the pot - those who pre-order Conception II for the 3DS or PS Vita will receive a special 10-track mini CD with arrangements by Masato Kouda. 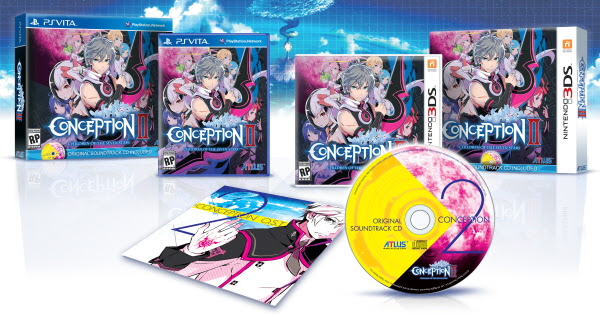