Monsters in my pocket

If there's one thing we've all learnt from years of playing videogames, it's that monsters like to fight.

Sure, it might be a stereotype, but it's one that developer of Great Big War Game and Great Little War Game Rubicon is tapping into for its next game Combat Monsters.

We first heard about the game in May when Rubicon released a teaser trailer. Now, however, we've got some juicy details about this deck-building turn-based combat hybrid.

In Combat Monsters, you assemble an army of beasts and pit them against other factions in turn-based battles.

Just imagine the combat from a JRPG rubbing shoulders with Magic: The Gathering on a fully explorable 3D game board. There you go. 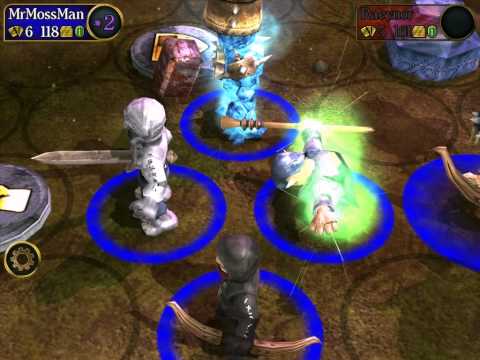 Combat Monsters will be released on PC, iOS, Android, and BlackBerry. And with a single account, you'll be able to play the game across all of the platforms.

The same goes for multiplayer scraps, where you'll be able to take on friends and foes on whatever platform you and they fancy. You'll all be able to engage in asynchronous and online fights, with up to six players leading their monsters onto the field of battle.

There will be 132 monsters, 70 weapons, 42 spells, and 28 sets of armour from which to choose in Combat Monsters.

You'll collect monsters in card packs, which will come for free or via a small IAP. This will enable you to build up an army to be feared.

Combat Monsters will be available before the end of the year. We'll let you know as soon as we have a more concrete release date for it.

Collect cards and do battle in Combat Monsters for free on iPad, iPhone, and Android

The 3rd dimension is here

Check out this 1st teaser video for Rubicon's Combat Monsters