Color Switch is a game about patience and resilience. You're in it for the long haul, kid, and as Boromir is my witness believe me when I tell you: one does not simply play a single level of Color Switch. 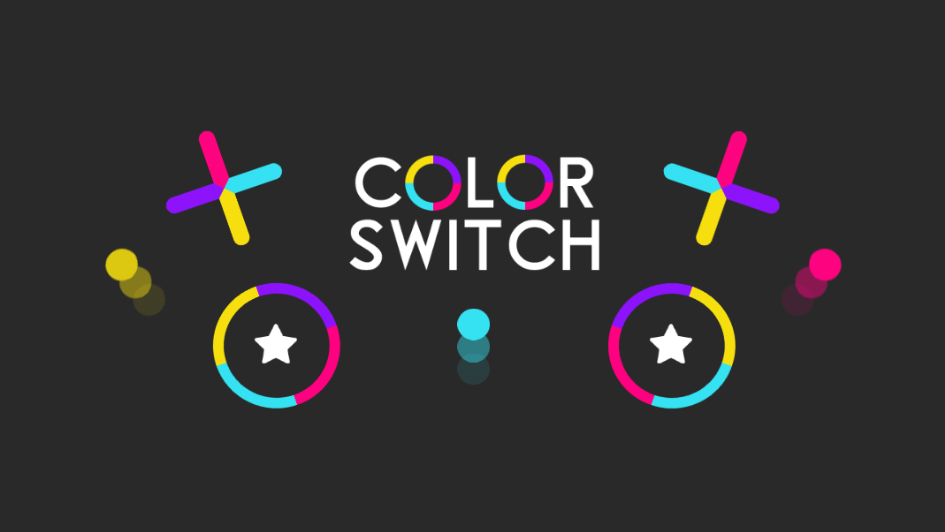 It does as it says on the tin - you switch colours and hope you don't die along the way. Sounds easy, right? With an abundance of levels and 16 different game modes (not including the original or challenge modes) you've got to put a lot of time into this game to get 100% and a gold star on your classroom chart.

Never fear for we are here with our short list of pointers to help you become a bonafide Color Switch champion.

This can be said about most game modes and it's more about common sense than anything. Having problems getting past a certain bit? Slow down and take in the world around you. Shoot, Spin, Break, Gravity, Cave and Color Swap all benefit from this advice the most.

Advice like this is timeless. Live in the now, sure, but in some cases you've got to think ahead. In Color Fly, Zig-zag, and Split you've got to be clever and methodical. Play as if you're one challenge ahead of yourself and revel in your successes.

Aim for the centre

Bounce takes the cake in this category. Not only are you moving from side to side, you've also got to hit the right colour on the wall. By aiming for the centre you've given yourself a little leeway either side in case you tiny blob drops or jumps unexpectedly.

Ironically Control is best-suited for this advice. Let your eyes relax and concentrate on the colours instead of the actions you're performing.

Whether the nerves finally catch up to you or the pressure of winning becomes too much, if your fingers do a little dance on the screen it's game over. Turn is the ultimate mode behind trigger finger dancing so take heed. Using your thumbs instead of your fingers for this might make it easier to control since they're basically the relaxed older brother of the hand.

Race and Line are two modes you certainly can't dally on. Being careful is always important but gaining distance is what's going to save your butts here. The further you are in front, the more chance you have if you screw up.

After playing the game for a while, Black and White mode is pure evil. Rather than matching black with black and white with white you've got to get through the levels by avoiding the objects altogether. It'll still catch you out every now and again but the best thing is to concentrate and don't get comfortable.

Finally, Reverse is the easiest of the lot. Either pay close attention or flip your phone upside down, this mode is exactly the same as the original one. Watch the ball however as it does tend to move a bit faster. 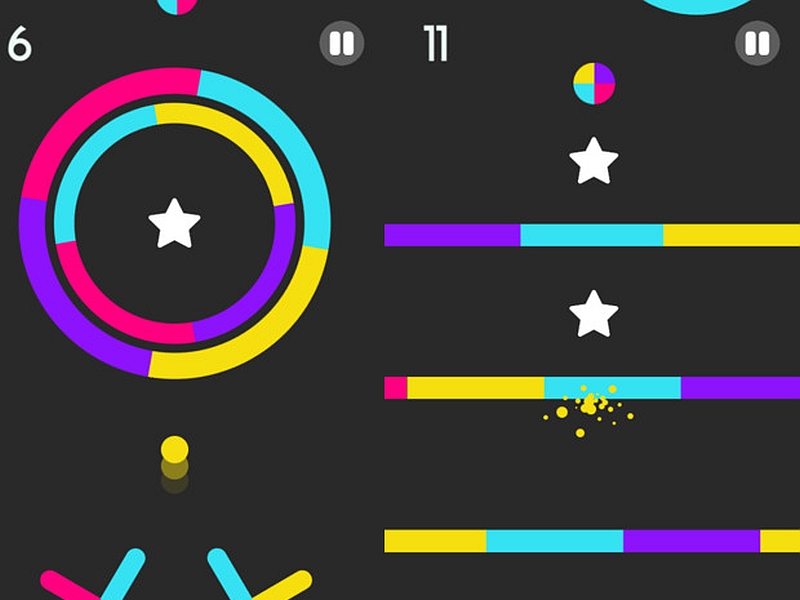 Eventually as the game progresses and the normalcy becomes grating you may want to purchase new shapes to mess around with. To get these you need stars and lucky for you, we have the answers.

The easiest way to do this (though not the most frequent) is to watch a 30 second video when prompted. Put the video on, go and make a cuppa, and when you come back you'll have 30 stars.

Though it's been hidden away very well, Color Switch actually gives you a 'daily prize' that's updated every 12 hours. This can be anything from one star to a whopping 99 stars. Tidy, eh?

This is the most tedious option of the three. The best choice for farming your way through stars is either level 20 in Split mode or level 91. Level 91 is a long haul but you get a delicious 50 stars out of it, so shush and think of all those wonderful things you can buy.

Getting that high score

We've come to the final leg of our guide and one for the most competitive beasts in the business: the high score in Endless mode.

As suggested, the golden rule of Color Switch is that two taps per second makes the ball stationary. Remember that.

You've heard it before but that doesn't make it any easier. Practice makes perfect, and eventually you'll be able to grasp the high score with your eyes slightly-shut. Learn from your mistakes and pay attention to the tougher obstacles.

If you're truly interested in clawing your way to the top you've got to be ready for it. There isn't any room for hand cramps in this game so slip into your comfy trousers, arrange those cushions appropriately and stick on some winning tunes.

If you've been going at it for a while then take a break before your phone suffers an irreversible break against a wall. Make some tea, find your chi, and remember it's only a game.