Boss Team Games and Gamaga has released Cobra Kai: Card Fighter on mobile storefronts a day early. The game was originally due to be released tomorrow on iOS and Android, but that has now been moved forward to today.

Based on the Netflix series, Cobra Kai (itself a spin-off of The Karate Kid films), Cobra Kai: Card Fighter is a strategic turn-based fighting game with deckbuilder elements where you assemble a dojo of 16 characters from the series and relive storylines from the streaming series. 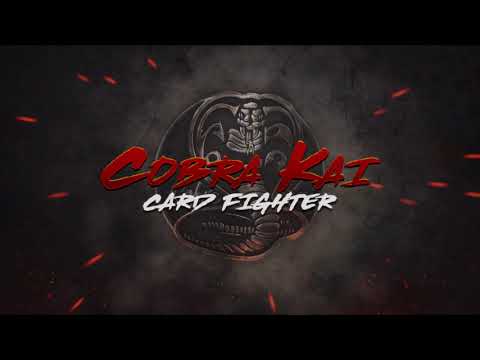 You fight for glory by using the game’s simple combat system that becomes more strategic and fast-paced when rare Wild Cards and special combos are introduced, which in turn create advantages and secure an upper-hand in battle.

You can also take the fight online, challenging others in a competitive multiplayer mode where you need to build powerful decks for each character’s specialties and prepare for whatever fight may come at you.

“Working on a Cobra Kai game is a privilege, and we knew we had to sharpen our skills to make a game that told the story of the series but also was a fun, competitive fighting game in its own right,” said Tim Hesse from Boss Team Games. “You’ll enjoy seeing the story of Cobra Kai and Miyagi-Do, but you’re going to keep coming back to fight people online and build up your dojo.”

Future content expansions are planned for the game too, adding stories from the third season of Cobra Kai and beyond along with new tournaments, additional characters, and cards which will be available via a Battle Pass.

You can download Cobra Kai: Card Fighter today from the iOS App Store and the Google Play for Android store. It is a free to play game with in-app purchases.

Read about our favourite action games on iOS right here.
Next Up :
Disco Elysium – The Final Cut confirmed for Google Stadia later this month