Run a football club your way

Club Soccer Director 2020 is a new game from the folks over at Go Play Games. It's the third in their series of football club owner simulators. If you've ever thought being the manager didn't give you quite enough control over how the club is run, this might interest you.

You'll have control over the minute details of running a football club. Everything from how much ticket prices costs to the clubs philosophy. Will you hire a manager who plays expansive passing football or bring in a more direct, old school English manager who only knows long ball?

Another large part of the game will be dealing with football agents, who have a happiness meter to contend with. If you make too many bad deals negotiations may break down and you could miss out on signing the next Lionel Messi. On the flip side, if you keep them content with regular business you might be able to get a great player for a cheaper price. 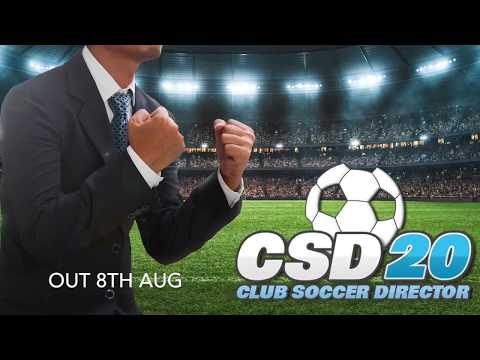 It appears as though you can be as hands-on with the running of the team as you want, being able to force a play style on the manager as well as choosing which players the teams buy. If you thought Niall Quinn was onto something when he spent 6 games as owner/manager of Sunderland in 2006 you can certainly give that a shot.

I'd be particularly interested to see how much worse you can deliberately making a team before you get pushed out of the club. There's something oddly appealing to me about spending a season trying to get a top side relegated and making all of its fans angry by charging ludicrous amounts.

Club Soccer Director 2020 is available on the App Store and will be available on Android 'soon'. It's free-to-play with in-App purchases.