We're rolling out a new series of video guides over the next few weeks. Yes we are! Clash Royale on Android and iOS remains consistently one of the top 20 most successful games out there, and millions of people are still playing it. Including us.

Towards the end of last year we covered the Clash Royale World Championship Finals which was the biggest mobile esports event in the world ever. We were inspired. And we want to get better at playing (if only so we can finally beat Chris who is violently good at this). So we recruited young Josh Jones to help us out. Here's his first video: 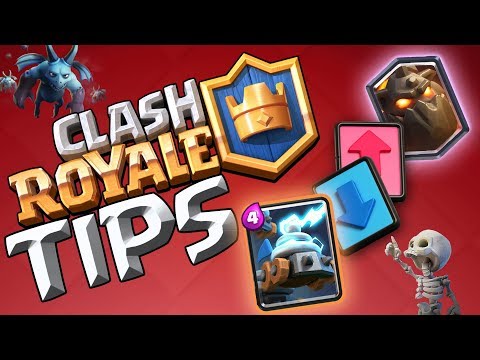 Josh is a new voice on our new video channel Mobile Minions. He's been playing since the game was in beta, so that's about two years now. He's very good, and his mission for 2018 is to start playing professionally. We'll follow him on his journey, but for now we're content for him to share his wisdom with us. He has a ton of handy hints, tips, and general advice to help both experienced veterans and newcomers, and he's following every update that rolls out.

We'll be uploading a couple of vids a week from this guy. This week, Josh introduces himself with a breakdown of recent balance changes in the game, including the reduced damage of the Royal Ghost that happened in January.

Bookmark the Mobile Minions channel on YouTube now for more of this each week, and be sure to check out our main video channel AppSpy for our video reviews, hands-on features (like this X-Files analysis), digital board game tips, and other visual delights.