Chop Chop Hockey bodyslams onto the ice for iPhone and iPad

The Chop Chop games from Canadian developer Gamerizon have been pretty successful on iPhone, with the franchise - including Ninja, Runner, Tennis and Soccer releases - totting up over five million downloads to date.

It's the usual mix of superdeformed graphics and smooth gameplay, thanks to a fast physics engine, that has you playing a three-on-three game.

It's all kicking off

The controls are neat as you hold on the screen to directly move any of your players, touching another player to take control of them. Alternatively, the game's artificial intelligence will automatically control their movements in a believable manner.

Passing is a case of tapping or flicking in the general direction you want the puck to move, as is shooting. You can tap directly on the goal or flick to take a snapshot.

And, of course, you can bash your opponents by getting close to them and then swiping or tapping to knock them around.

All this tapping and swiping takes a bit of getting used to, but it's nothing major, and thankfully there are four difficulty levels so you can start out on the easiest Junior option as you build up your experience.

There are four venues and eight teams you can play, each of which have their own styles of play. Modes are training, single game and a full tournament campaign, and there are various camera angles too. 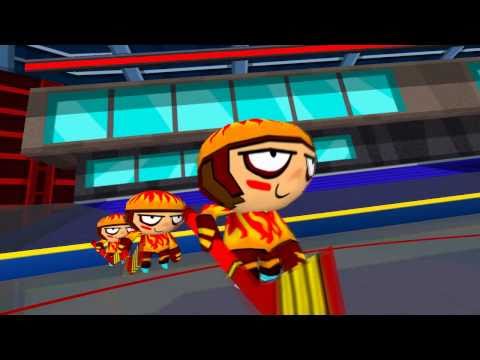