And that's all gravy, baby

Chicken Jump by Firepunchd Games is a colourful party game with the right amount of gory violence.

Things have been manic at Pocket Gamer Connects on the second day, but each booth has had an independent energy about it, and that's the same for Chicken Jump. With players jumping on boards/slabs to play the game it was easily the most active area in the room and I could see why.

On mobile the game allows for up for eight players on a single screen, though it's best played with four to avoid crowding, and the control are as simple as they get - tap to jump. With different forms of traffic barrelling towards you if you don't jump in time you usually end up in an explosion of red chunky blocks scattered across the road.

Luckily with such a vast array of characters available to unlock and play as, you've got a variety of power-ups and special abilities at your fingertips. This'll come in useful when playing against your friends on a single screen. Whilst you may encounter the occasional bumping of fingers, you can at least come out victorious and bragging if you win.

With a bunch of different game modes to play with, and the potential of asynchronous single PvP coming some time in the future, Chicken Jump looks like it'll be an endearing and entertaining multi/party player.

There's also an open beta on the cards but we'll bring you more news of that at a later date. 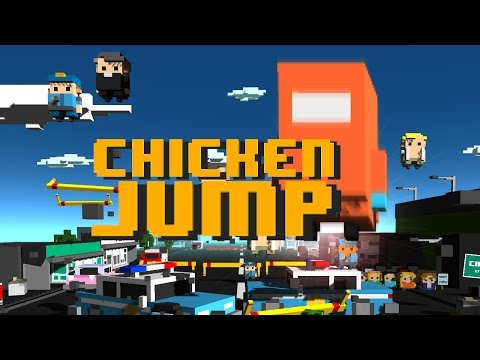