The next title from casual game developer Crevasse is Cessabit, an approachable, drawing-inspired puzzle game.

Crevasse is a solo-developer development studio who is best known for their small casual games — games like Matchy Moods, Aim Llama and Hyper Fruits. You can tell exactly what kind of game they are from their titles; tile shifters, shooters and fruit chasers. Cessabit is very different than these previous titles however. Not only does it have a less literal and clicky name, but it's also an exceptionally interesting puzzle game. 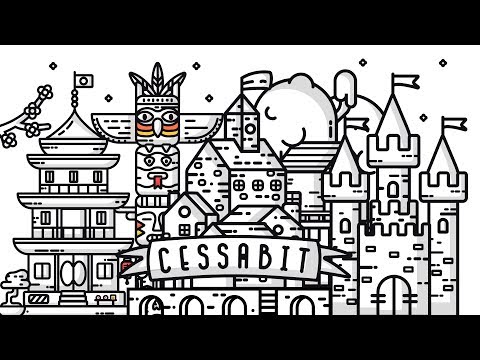 Cessabit, the Latin term for 'cease raging' or calm, is a slow-paced experience where you find and select interactive points from within bold-outlined scenes which are designed to look like simple drawings. As you interact with objects the scene changes and you get the chance to answer short quiz components. Complete these and the world changes, becoming more colourful or shifting in appearance. However, if you fail then the level resets, meaning that you'll need to stay both calm and observant in order to clear through the whole scene. 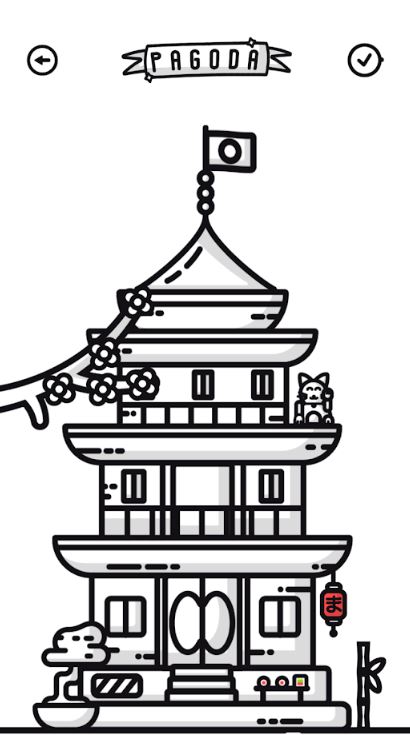 It contains 24 levels, each of them free of time limits. It's also ad-free, but then that is to be expected for a premium title. Cessabit's levels range from temples to towns and castles, each of them designed with the pure, bold-line art style which you can see running throughout the entire trailer above. While there are some similarities in the puzzles and quizzes, they do shift between levels based on the objects and items littered around; Quantity of trees, direction of boat's travel, et cetera.

As an interesting note, Cessabit was made without a single line of coding. The developer, Tepes Ovidiu, used Buildbox a 2D/3D game creation engine which manages all of the events, scripting and object coding for the creator.

Cessabit is available now on IOS and Android.

For the latest news, head on over to our news section.
Next Up :
Call of Dragons is an upcoming MMOSLG where you command dragons in strategic combat, now open for pre-registration on Android