When the characters in Celestia - Broken Sky hit each other it's an explosion. That's what you want. That's satisfying.

It's an RPG that seems to carry this high energy too all of its components. It's set around the fragments of Earth that are left after it exploded during a war between the dark magic empires.

The Earth actually exploded into bits. And now there are demons trying to rule over the remaining land masses. This is bonkers.

Your job, as Earth Realm's Servant, is to defend the innocents who are forced to serve these demons as gods.

So there's going to be a lot of fighting. According to the creators, the Celestian combat system is the core of the game.

It's an "ultra-charged" turn-based battler, apparently. This means that the longer you leave skills to charge, the bigger the attack will be. Of course, the risk is in not being able to attack while it charges. 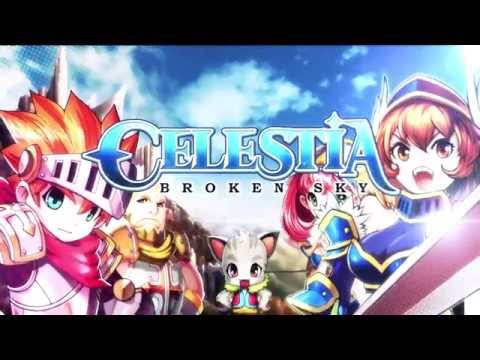 That's why everything seems to explode when an attack is issued. It's certainly effective.

Oh, and you can also collect the enemies you defeat and use them to support your party in future battles. Because why not?

If you're up for this energetic RPG then you can download Celestia - Broken Sky for free on Google Play. It'll be coming to iOS in May.