Pine Studio has released a new mobile puzzler today called Cats in Time on iOS and Android. You may know the developer from its previously released titles The Birdcage and the Faraway series.

Cats in Time is a relaxing puzzle game where you explore 3D dioramas, solve puzzles and save poor cats who are lost in time.

The main goal of each stage is to find ten missing cats, but that isn’t so simple when they’re so adept at hiding, which is where the puzzle solving comes into play and you must search boxes, doors, roofs, holes and other strange places for them.

“The game is inspired by room escape games and tactile puzzlers like our own The Birdcage, but with a more casual approach, says Boris Barbir from Pine Studio. “We've made visuals more stylized, and the theme of saving cats is relaxing and fun.” 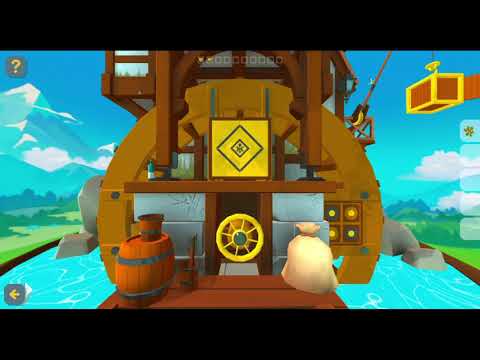 Cats in Time is also playable as an augmented reality game. In the regular game, you can rotate the screen around the level, but in AR mode you can walk around and get the feeling of really exploring these locations.

"The biggest challenge developing the game was designing more than 200 places to hide the kittens and then designing puzzles connecting those places and the building itself. But it was incredibly fun!" says Matija Švaco, who is the puzzle designer on Cats in Time.

Furthermore, Pine Studio is using in-game data to help rescue real cats. In cooperation with a local cat rescue association called Real Paw, the developer has pledged to buy 10kg of cat food for every 100,000 cats saved in-game. You can read more about that here.

Cats in Time is available now on the iOS App Store and on Google Play.

Read about some more great puzzle games you can download on iOS.
Next Up :
CROSSFIRE: Warzone adds new Sudden Breach content and other quality-of-life improvements in latest update