Earlier this week we got the news that Catherine is getting a remake for PS4 and PS Vita sometime next year. Well, today its first trailer's just dropped and it looks like there'll be a few surprises in store. 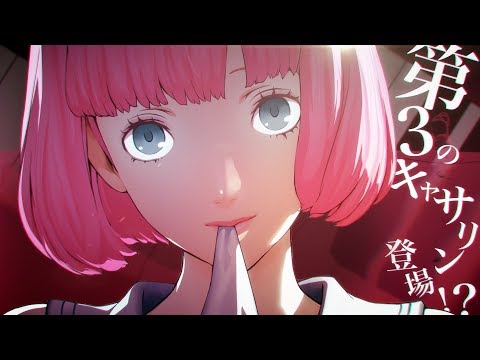 Subscribe to Pocket Gamer on
We knew from the initial reports that Catherine: Full Body will include the same story-driven, platformer/puzzler mechanics as before, only this time there's going to be a few extras. There'll be new mechanics to use during the puzzlers, new endings, and a new love interest, Rin, who could be a transgender character.

When I say 'could' it hasn't been blatantly confirmed, but the visuals of Rin lifting up her shirt to reveal a faded-out bottom half, the use of trans-related symbols on the official website, and Vincent's reaction in the trailer are kind of hard to ignore.

Given that this is the internet, people are suggesting that Vincent's reaction is similar to the one where he first found out he was cheating with Catherine or that Rin is a trap, but it remains to be seen.

What I'm hoping is that, if Rin does turn out to be trans, she isn't used as a figure for constant jokes and that Atlus hasn't used this direction to point the finger or throw shade at the LGBT community.

I guess we'll find out when Catherine: Full Body releases on PS Vita and PS4 in December 2018.

Next Up :
Apex Legends Mobile is shutting down for good in the next 90 days