By Catherine Ng Dellosa
| May 25

In Catalyst Black, players can expect to engage in action-packed battles with their friends in thrilling matches across a variety of game modes. Developed by the masterminds behind Vainglory, the game features more than 30 guns, over 12 abilities, more than 15 trinkets, and six primals players can mix and match to suit their playstyle best.

“With Catalyst Black we set out to deliver a premier mobile-first gaming experience with unique gameplay and visuals, and with competitive parity between touch screen and controller play,” says Kristian Segerstrale, CEO of Super Evil Megacorp. “Our launch is just the start of the adventure, and we look forward to continue to build the game with the community in the months to come!" 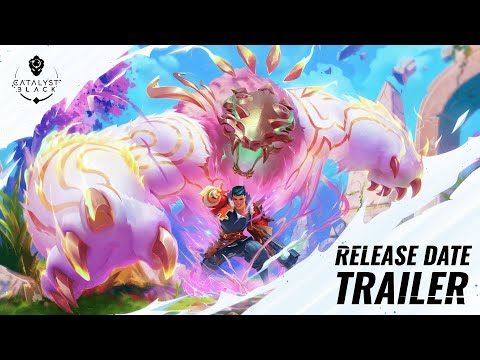 The game also features varied game modes such as Slayer - where players fight an opposing team to nab the most points - and the PvEvP showdown Hydra. Other modes include Eventide, Colosseum and Flag Hunters. The title boasts an easy drop-in feature that eliminates long wait times and queues as well.

If you're eager to give the game a go for yourself, you can download Catalyst Black on the iOS App Store and on the Google Play Store for Android devices. You can also visit the official website to stay updated on all the latest developments, or join the community of followers on Twitter as well.

Are you on the hunt for more similar titles that will put your skills to the test on your mobile device? Why not take a gander at our list of the top 25 best shooting games for Android phones and tablets?

Next Up :
The Witcher: Monster Slayer reworks some gameplay systems and adjusts progression in latest update