Developer Konami announced today that their mobile rendition of the classic 2D action platforming series Castlevania, Grimoire of Souls, received a new update following the previous update in October. This update comes without charge and adds a new book, or chapter, to the game's story. Players of the older titles in the series will be elated to see a return to the setting of the PS1 Castlevania title, Symphony of The Night; Dracula's Castle, in the year 1797, where Castlevania fans were introduced to the now legendary Alucard on his quest to kill his father, Dracula.

Within this chapter, familiar faces both from the previous titles and Grimoire of Souls will traverse a perfect rendition of Dracula's Castle and hunt down the villain of the mobile game, Charlotte. As Alucard and his companions formulate a plan to defeat her, Charlotte, who fans might know from Portrait of Ruin and Harmony of Despair, concludes that Dracula himself may be resurrected as well. But that is the least of the surprises from this chapter, as the crew's quest will bring them face-to-face with an unknown and all-consuming danger. To see a little bit more on what this update will bring to the game, check out the trailer below. 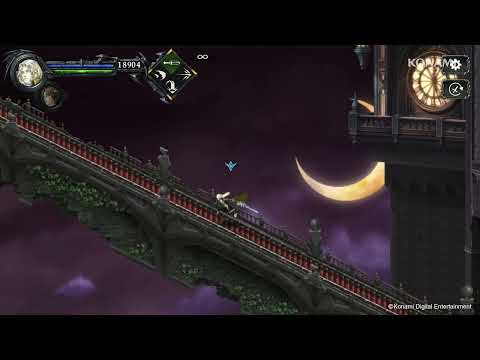 This update will also bring with it a log-in bonus event exclusive to the Valentine's Day celebrations, lasting from February 11th to March 12th. If you launch the game during this period, you will receive a total of 14 additional rewards, but you have to log in consistently all 14 days to receive all of them individually. Alongside the log-in bonuses, there will also be new skins available for various characters themed after the holiday as well.

Castlevania: Grimoire of Souls is exclusive to the Apple Arcade, Apple's $4.99 gaming subscription service that is only available on their devices.

Looking for more Metroidvania titles to scratch that itch? Try out our list of Best Metroidvania games!
Next Up :
Digital card game Hearthstone to get massive update in near future

Castlevania: Grimoire of Souls is coming soon to Apple Arcade