There are plenty of games out there that play around with card-based dungeon crawling, which means a new game in the genre is going to have to do something special if it wants to stand out. Card Crusade might not have the bluster of some of those games, but it does have an enduring solidity, and some clever mobile concepts.

It's fiddly in places, but never frustrating, and the lite progression will keep you pushing on to see what comes next. The whole package is rounded off with chunky pixel art graphics and a combat system that offers way more depth than the tap-and-slash alternative.

This is a game that walks its own little path - not as frantic as some and no where near as in-depth as others - and it's a path that you're going to be pretty chuffed to wander down for a while as well.

The game sees you playing a little adventurer. You head into randomly generated dungeons in order to find swag and kill monsters. The murder and grow mechanic of almost all RPGs is in place here, but it's how it's implemented that's most interesting.

Fights don't take place on the dungeon map, instead they're card-based scraps using the deck you've been building up as you play. You have a base deck which changes depending on which character you're playing as, and every time you win a fight you can add a new card.

Cards cost energy to play, and you only get a set amount each turn. There are offensive cards that let you whack the spiders, wolves, goblins, and other creatures you're going to be facing off against. Buff and boost cards let you heal and strengthen your block, and magic spells do exactly what you'd expect them to do. 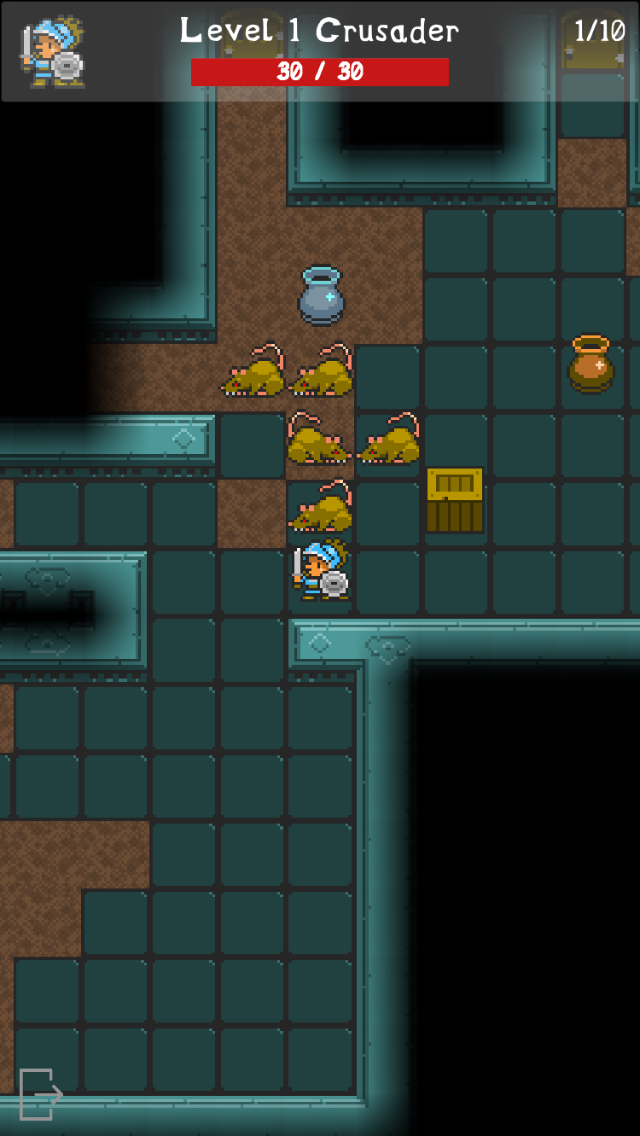 You tap squares to move around the dungeon, smashing little pots to get gold, and praying at shrines and altars to change the way some of the game works. These altars usually offer a boon for some sort of nerf - bigger hits but less health, that sort of thing.

Every run you're building a new version of your character, adding different cards and skills to your deck. Some you're going to choose every time you're offered them, others you're going to experiment with and find lacking. Until you unlock a different class and realise that they're not so lacking after all.

Card Crusade doesn't quite do things by the numbers, but it's familiar enough that you're not going to find pieces of it to latch onto. It's not a hard game to understand by any means, but there are strategies and tactics here you'll discover as you pick your way through the monstrous hordes you're up against.

This is a fun, often charming game that manages to hit most of the right notes. It's not as polished as some people are going to like, and there's a danger it could get repetitive as well, but when the game is flowing you're not going to mind too much.

Come to Card Crusade with an open mind and you're going to discover a game that adds more than usual to the card-based dungeon crawl. And while it doesn't have the chops to wrestle with the big boys of the genre, it still manages to be a lot of fun.

It's a little rough around the edges in some places, but there's still an awful lot to enjoy in Card Crusade
Next Up :
Automatoys review - "Tactile fun from days long past"