Capsule Servant is an upcoming mobile game created by Type-Moon, the developers behind the Fate/ series. The game is being released in celebration of Fate/Stay Night's 15th anniversary and will be available on both iOS and Android.

Long-time fans of the Fate/ series may recognise Capsule Servant as a mini-game from Fate/hollow ataraxia that was last released on the Vita in 2015. It's a tower defence style game that features chibi versions of the game's characters.

In its original release players would choose to play as either Rin Tohsaka or Shirou Emiya, two of the three protagonists from Fate/stay night. They would work their way through the story using servants, who take the place of towers, to defeat various enemies. 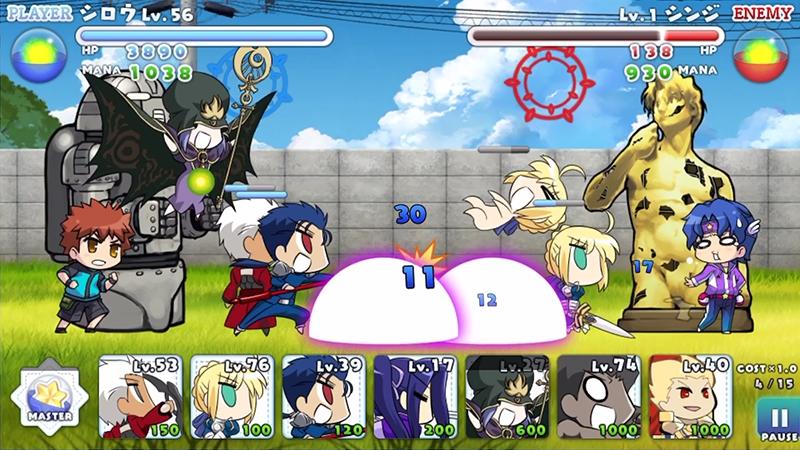 Capsule Servant features many characters from throughout the whole franchise, so it makes sense why they've chosen to make a mobile version to celebrate an anniversary. It's not clear at this stage if it will be a straight port or if additional characters will be added to include newer Fate games that were released after Hollow ataraxia.

Despite what the name implies, Capsule Servant will not be a gacha style release in the mould of its mobile brethren Fate/Grand order. Instead, it will be a premium game without in-app purchases, though a price has not been announced yet.

No release date has been announced yet, although it is expected to be out this year in Japan. No Western version has been detailed yet but it's likely we'll have to wait a little longer anyway. More details are set to be revealed in October at the Machi Asobi event in Japan. If you can read Japanese or want to know which characters are in the game and would recognise them, then check out the official site.