In Candy Disaster, players can expect tons of candy-coloured fun as they discover three themes, three difficulty levels and 43 monsters across the tower defence strat game. The title also features a variety of themed maps and scenes, as well as a vibrant art style and humorous monster designs.

In particular, "a bunch of unique and powerful monsters are eyeing your candies," says the game's official Google Play description. "The 'Wild Stallion' who is convinced that he is a horse and never takes off his horse mask; Sobek the Egyptian god that enjoys cross-dressing; the bullying nightclub owner and his greedy treant friend...They’re all after the magic power of the candies." 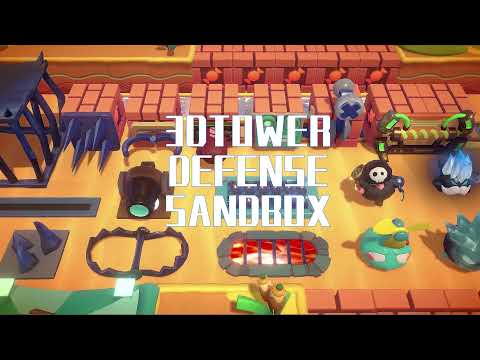 The game also boasts different combo traps, epic bosses and roguelike gameplay, plus a global leaderboard where players can fight for the top spot and the ultimate bragging rights.

If you're eager to join the festivities before the official launch (or you're simply curious about these magical candies) Candy Disaster is now available for pre-registration on the Google Play Store for Android devices. You can join the community of followers on the official Twitter page to stay updated on all the latest developments as well, or have a look at the embedded trailer above to get a feel of the gameplay, narrative and visuals of the game.

Are you on the lookout for more similar titles that will put your skills to the test on your mobile device? Why not take a gander at our list of the top 25 best tower defence games for Android phones and tablets?

Next Up :
Brave Soul: Frozen Dungeon introduces the five varied factions of the upcoming fantasy RPG