Most of us are familiar with Candy Crush Saga, even if we've not played it before. The matching puzzler is a mobile staple and has remained a go-to game for many since it first released. During that time, King has developed the game's narrative to be more compelling, giving Candy Crush more strings to its bow than the puzzles themselves.

This job party falls on the shoulders of Abigail Rindo, Narrative Design Director at King. Alongside her team, she aims to create stories and memories for players that add more immersion to the game. We recently had a chance to speak with Abigail, and together we discussed her evolving role at King, her design ethos and how the community influences narrative decisions.

Can you introduce yourself and your role on Candy Crush Saga to our readers, please?

My name is Abigail Rindo and I’m a Narrative Design Director at King. In my role, I am responsible for inspiring Kingsters to create amazing stories and memories for our players. I primarily work with Candy Crush Saga, and it is an exciting challenge to work on a game that has delivered bitesize fun to millions of people for almost ten years.

A lot of people who haven't played the game might assume that Candy Crush Saga doesn't have a story. Why do you think it's important the game has one? And what do you believe it adds to the experience?

I believe that every game has a story, whether it is explicit or not. Narrative isn’t just words on a page or characters popping up. It is the emotions you feel as you play the game, the choices that you make, or the way you escape into it. Well designed narrative guides the player on a journey and helps them understand what their goals are while reinforcing what motivates them to play.

You first joined King in 2019. What would you say are the most significant changes you brought to Candy Crush Saga during that time?

I’m really proud of the work we have done to create a more coherent and charming world for players. We’ve worked closely with the games team on our new seasonal events, regularly bringing novel content that can be charming, funny, or dramatic to our players. This year alone we’ve had ice-cream themed sporting competitions, an outdoor music festival, and a masked ball where an epic heist was staged. By connecting the gameplay of matching Candies with these kinds of events, we’re creating a narrative context that is fun and memorable for our players.

We’ve also cut the character cast down and revised it from over 100 to less than 15. With a smaller, more memorable cast, we’ve found that our players are connecting more deeply to the world of the Candy Kingdom.

And finally, creating a new backstory for a game like Candy Crush Saga has been an exciting challenge. So far the response from players has been overwhelmingly positive, and I’m looking forward to bringing it to life more both inside and outside of the game.

Most people don't tend to associate matching puzzlers with having a story. With that in mind, what are the biggest challenges you face in crafting a narrative for the game and is that a perception you hope to change?

The biggest challenge around crafting game narratives is ensuring that it isn’t added at the end for flavor. Game narrative works best when directly integrated into the game actions and motivations, and can help reinforce and guide those actions and motivations when crafted correctly. I believe that this perception is changing in our industry, and it has been changing at King, much to my delight. 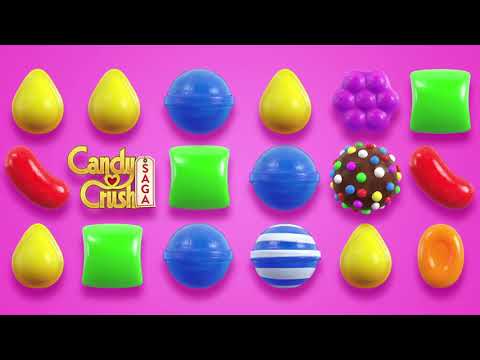 Subscribe to Pocket Gamer on
What is your approach to design philosophy when it comes to the narrative? I understand you have a background in UX/UI, so do you believe it runs deeper than simply the story itself?

I absolutely believe that. Game narrative has many vehicles and forms - metaphor, verbs, worlds, characters. Holistic design is key to creating a coherent and understandable game world for players, and we need to inform our narrative choices with existing mental models that fit within the gameplay experience. I could talk about my design philosophy for hours, but if forced to be succinct I would say that research, empathy, and player motivation are some key pillars that drive my decision making.

What is the process for creating new stories and characters?

For me, working on such a big game with so many talented people, the key foundational work comes from getting the other teams working on our games as excited about the story as I am. The best game narrative is more of a tapestry than a book, with every thread leading players to a deeper emotional connection. By getting the rest of the team engaged with the worlds and characters in Candy Crush Saga, we are able to ensure that those threads build a coherent experience. Research is also a key component of the process. Applying research principles to the development of story and characters has allowed us to discover better ways to tell those stories to our players.

In my experience, everyone has a different breaking into the games industry story. What path did you take that led to you creating characters and stories in Candy Crush Saga?

Prior to working at King I had the pleasure of working in multiple areas of game development at different studios including art, writing, production, marketing, VFX, and so on. I think having a holistic understanding of the different aspects of games allows us to tell better stories. Words are only one vehicle of storytelling. When done well, it can touch almost every part of the gameplay experience. When I can collaborate with other disciplines and speak their language, something magic happens. We can come up with solutions for delighting our players that deepens their engagement with our characters and worlds.

Is the game's community involved in making narrative decisions in some fashion?

There are two primary ways we involve our players in narrative decisions and development. First, as I mentioned before, is research. When we revisited the Candy Crush Saga backstory last year, we underwent a full year of research and talking to players to make sure we were creating something that would not only honor the ten years of experience that current players have enjoyed, but would delight future players for years to come.

Secondly, we have actively engaged our players in helping to create new content. For example, this year we held a fun character design contest that resulted in a charming toffee turtle named Archie. We even held a player event outside of the game where they found out how the art was created, and participated in a “choose your own adventure” style storytelling session where they voted on how Archie explored the Candy Kingdom. I personally love seeing the passion and creativity of our players result in such fun content.

Now that you are a Narrative Design Director at King, what are your goals with Candy Crush Saga and how do you plan to achieve them?

When I started at King, whenever players were asked about their game, they used to respond with just a number - the level that they were on. My goal is for every player to answer that question with emotions and memories. I want them to tell me stories. I want to make the matching they do feel meaningful. And by creating emotional connections with memorable characters in a world that they love to escape to, I believe we can achieve that.

Additionally, we’ve got some exciting things coming up in the near future to celebrate our 10th anniversary! We’ll be holding a Candy Cup tournament that will reward our 10,000 best players across the world, and I’ve been working closely with our amazing audio team to bring brand new music into the game. We've also got some sweet surprises and special guests on the horizon that I think our players will really enjoy.

How to pass level 532 in Candy Crush Saga easily