Build Away is a neat mix of genres. It looks like a city builder - complete with roads, apartment complexes, and tiny cars - but it's actually an idle game.

That means that the game basically plays itself. It's constantly generating money for you. Your job is to figure out the best way to spend it.

In this guide we'll explain the inner workings of the game, and provide some friendly advice, to give you the best chance of being a bazillionaire builder. 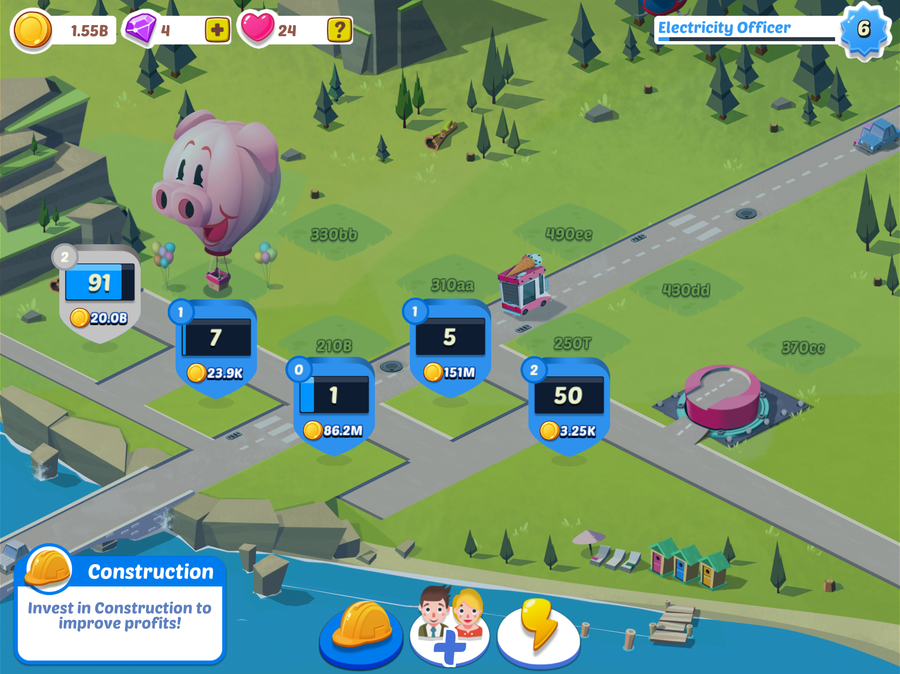 Here is where you can improve your buildings, to make them produce more money in each production cycle.

The building will make more money every time you boost the bar. But if you reach the next level you'll get a huge boost, which doubles that building's profits. 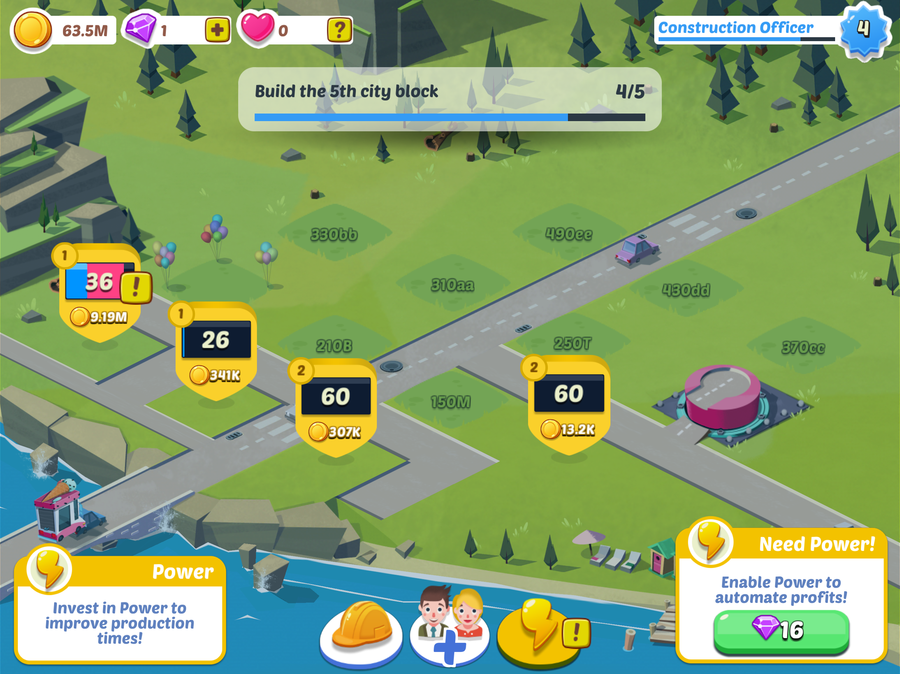 In Power Mode, you can spend some coins to make a building automatically generate coins. This means that after its production cycle ends you don't need to tap to start another one - they'll just stack forever.

Also, you can increase the power given to your buildings, to speed up their production cycle. The cost is shown on the bubble. Yellow means you can afford it, grey means you can't.

If you focus too much on construction, buildings will have a power issue and will stop automatically producing power. At this point you need to spend some coins (or gems) to fill the power bar past the red line. Once you're done, the building will keep collecting coins. 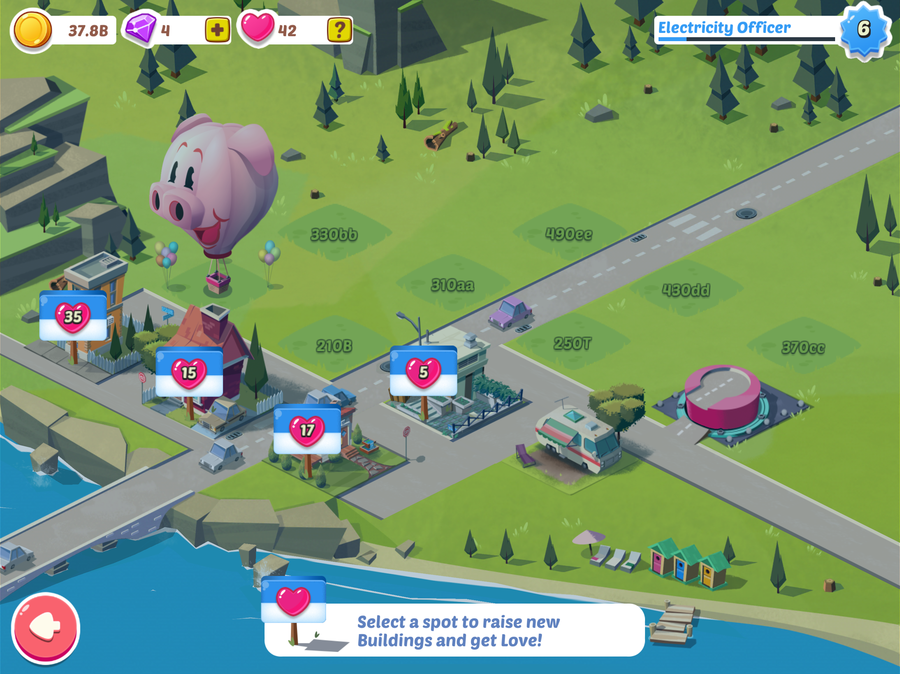 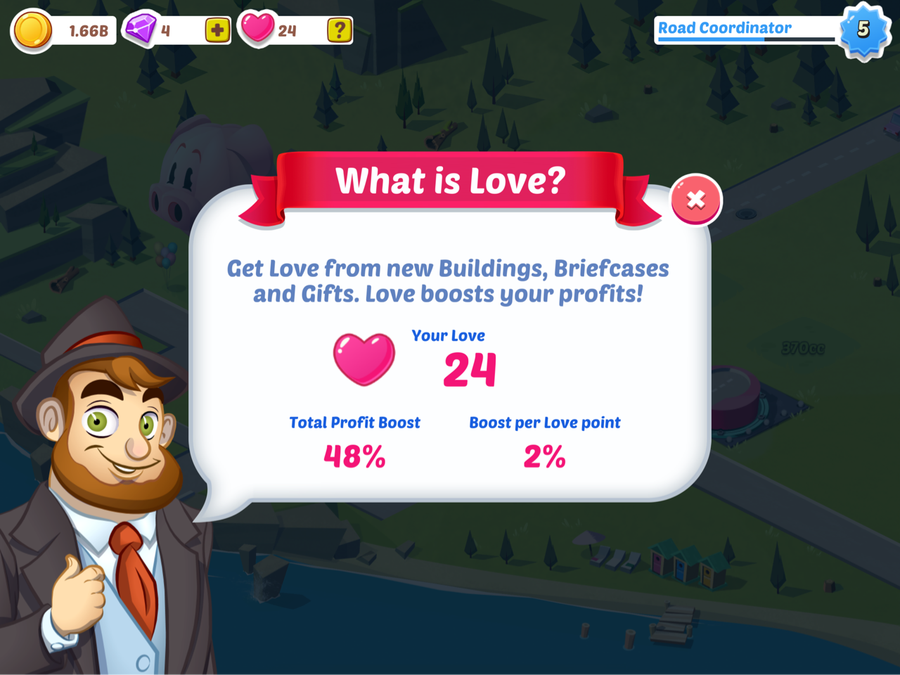 This gives you love, which boosts your profits quite considerably. It can also be spent on special upgrades.

Replacing a building costs money and also completely resets your construction and power level for that plot of land. Even if you switch back to the old building, your work will be gone. But don't worry: the boost you get from the extra love should make it easy to quickly level that building back up.

You can make a lot of love by improving a building, swapping it for love, then improving it again and repeating this process until you have a huge profit boost. 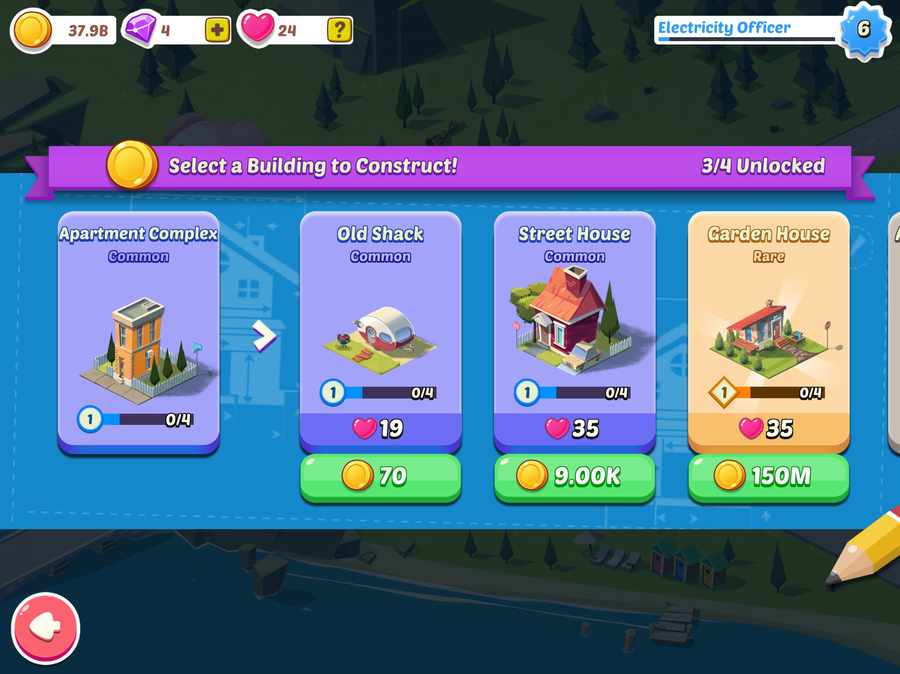 The building - not the plot of land - dictates how much money is made. So an Apartment Complex is always better than an old Shack.

Remember that you can place down multiple versions of the same building, if you have the cards. Make the most of your most levelled up buildings.

You can spend money to open briefcases which give you things like coins, hearts, gems, and building cards - which are used in the love mode above. 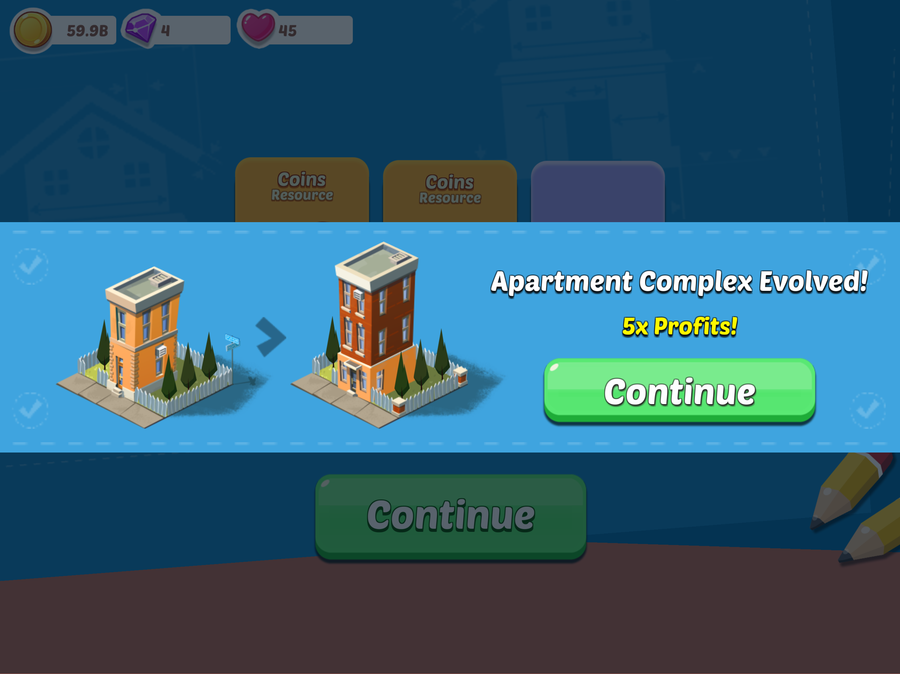 Each building can be improved if you collect the same building multiple times. Above, we collected so many Apartment Complexes that the building now gives five times the profit. The building is automatically replaced in your town.

The normal briefcase can be opened with coins. The cost goes up every time you open one. The silver and golden briefcases cost gems. The free briefcase are given out for doing tasks in game. 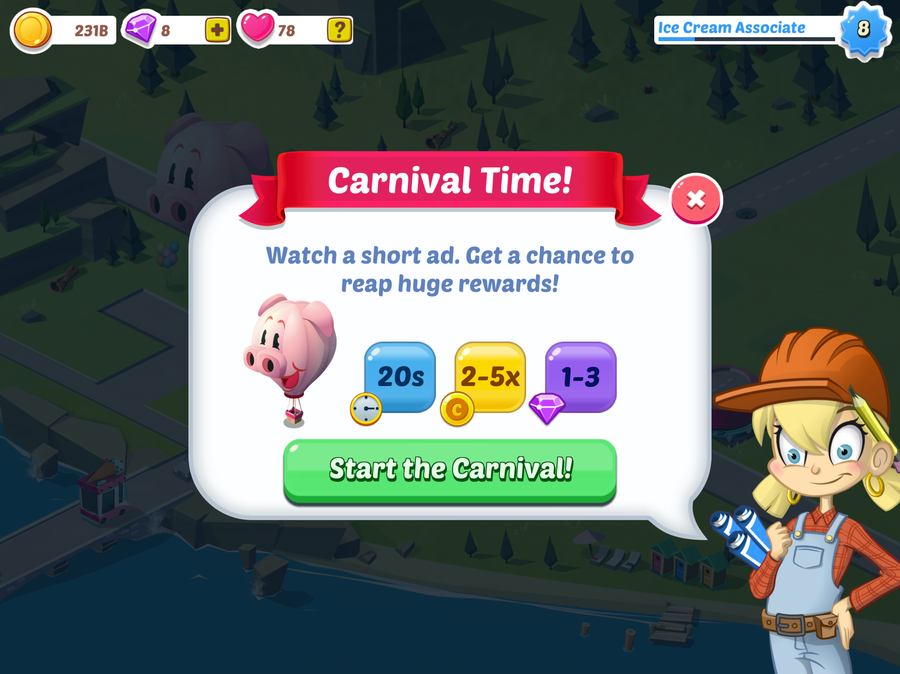 The Carnival gives you a short time to earn loads of extra rewards. Just keep swiping over your buildings. 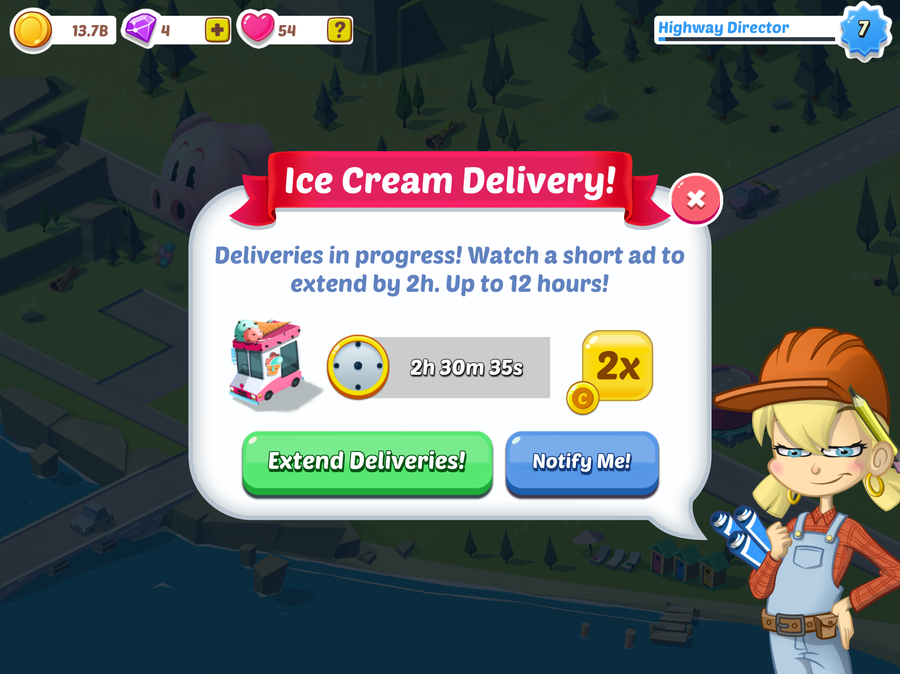 Ice Cream Delivery boosts your profits for as long as it's on.

Just watch a short ad to activate them. Make sure you have the Ice Cream Delivery on before you leave the game to maximise the amount of stuff you'll get when you next play.

PGC Helsinki 2016: Farm Away! and Build Away! are about to get a lot more social