'It's in-app purchases where they get ya!' 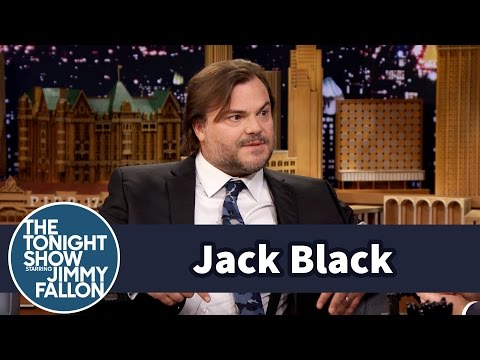 Movie star, Tenacious D frontman, and Pitfall advertiser Jack Black is the latest parent to be stung by in-app purchases.

In an interview on Jimmy Fallon's talk show, Black said that his eight year old kid Sammy is obsessed with some free to play iPad game about "monsters and stuff", and racked up around $3,000 through in-app purchases.

"They get you because it's like the app is for free," says Black, "But then I'm just checking my emails one day and there's 30 emails of receipts for this app. It's in-app purchases where they get ya".

"It costs 99c for a diamond but of course my boy, he doesn't know, he's just like 'I'm gonna get the big sack of diamonds'. It's 100 bucks a throw! This game is designed and marketed for children, and then there's a hundred dollar thing in-app!?"

If you can't get enough of Jack Black's dulcet tones, you'll hear him as Harmony Lightbeard in Double Fine's Broken Age.

How to solve the knot puzzle in Broken Age