Android gets it two weeks later

You'll be able to make a truck do a loop-de-loop and then fling it off a ramp next week.

Yep, Bridge Constructor Stunts will be out for iOS on September 24th. An Android version will follow two weeks later on October 8th.

It's quite a bit different to the previous Bridge Constructor games. Those were all about carefully building a bridge so vehicles can travel safely across.

Stunts is about speed and adrenaline. In the level editor, you create ramps, loops, and dangerous drops in the hopes of leaving a trail of destruction. 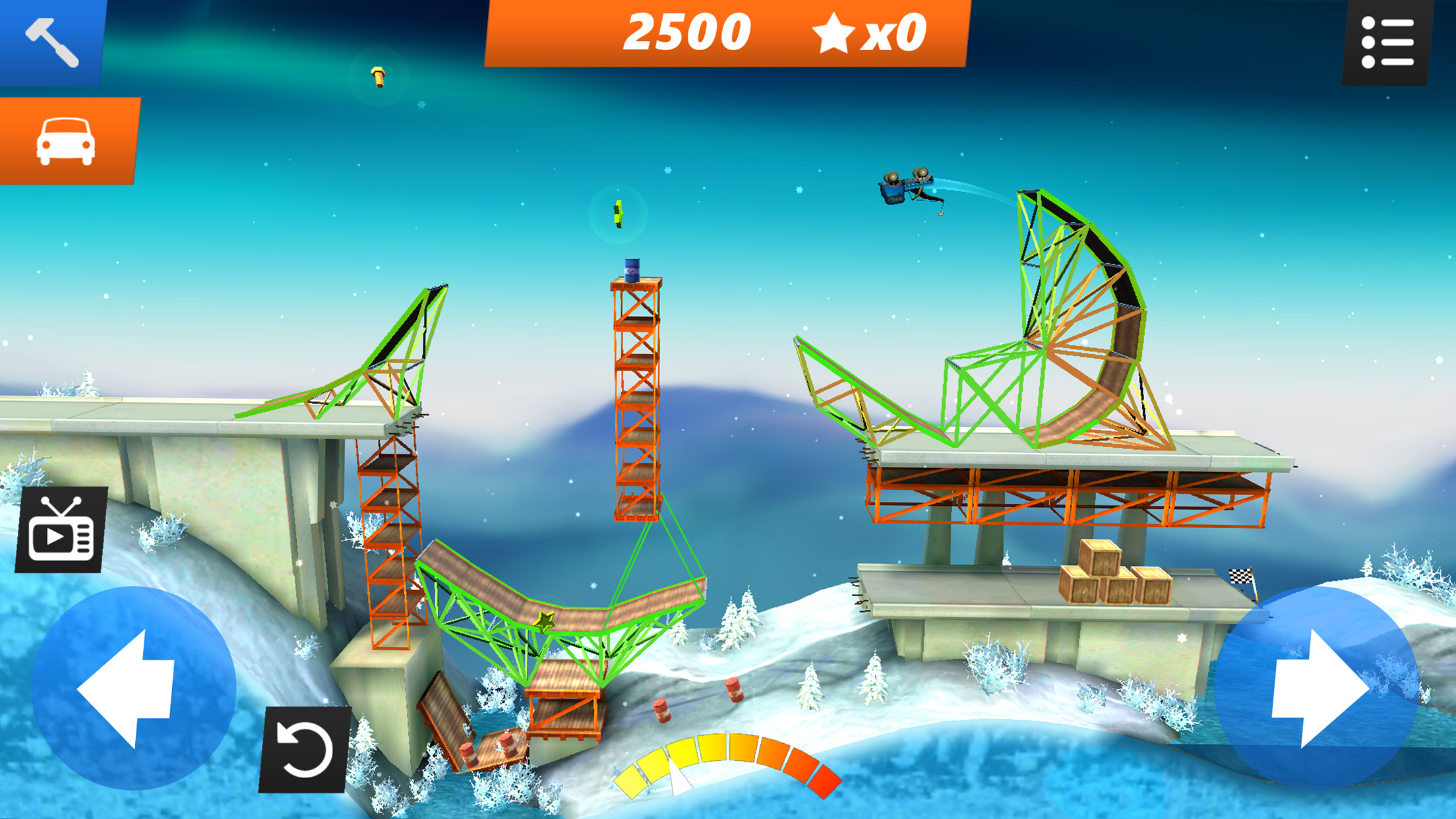 For the first time in the series, you get to control the vehicles too, controlling their speed and direction in mid-air.

Look forward to doing all that, then. Oh, and make sure you show us your biggest flips and most violent destruction.