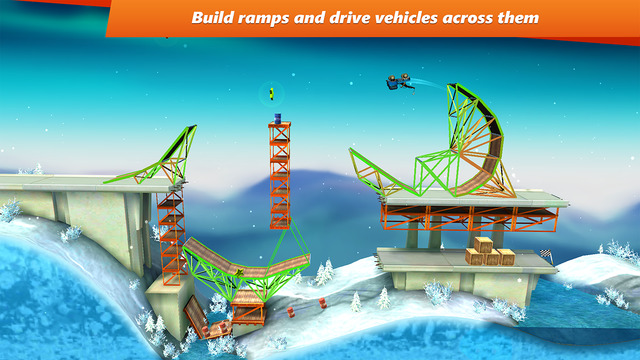 Bridge Constructor Stunts is the latest entry in the aptly-titled bridge building franchise.

Rather than try and assist vehicles in getting from point A to point B as quickly as possible, this time you'll be trying to get there in as crazy and reckless a manner instead.

So you'll build ramps, loops, and death-defying jumps and then race them yourself as engineer becomes stuntman.

There are screws and stars dotted around each level, so the idea is to build a track that will allow you to collect them all while performing stunts. 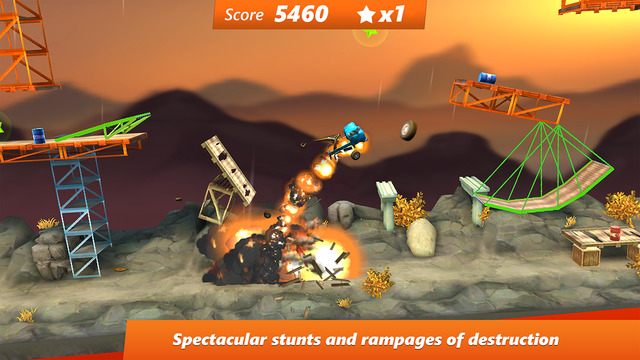 If you're particularly proud of a track, you can share it with your friends and watch them race their own crazy creations.

The Construction Mode has been simplified and seen numerous improvements. Now you only have to tap beams to convert them into roads or tap and hold a section to reposition it rather than start from scratch.

So head on over to the App Store [download] at midnight tonight to check out Bridge Constructor Stunts.