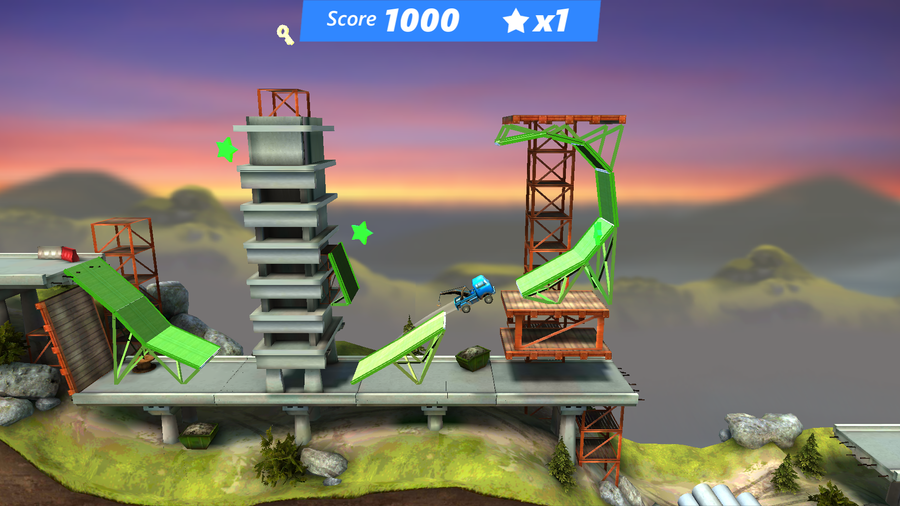 Headup Games and Clockstone Studios are working on a spin-off to the million-selling Bridge Constructor series that's all about making absurd jumps over crazy raceways.

Where the proper Bridge Constructor games are slow, methodical physics puzzlers about building the ultimate structure to carry cars and lorries over rivers, Stunts is about making ramps and loops to help a truck rocket to the exit.

The level editor is very similar (though, with some handy tweaks to make life easier) so you draw out paths and supports by dragging materials onto a grid. 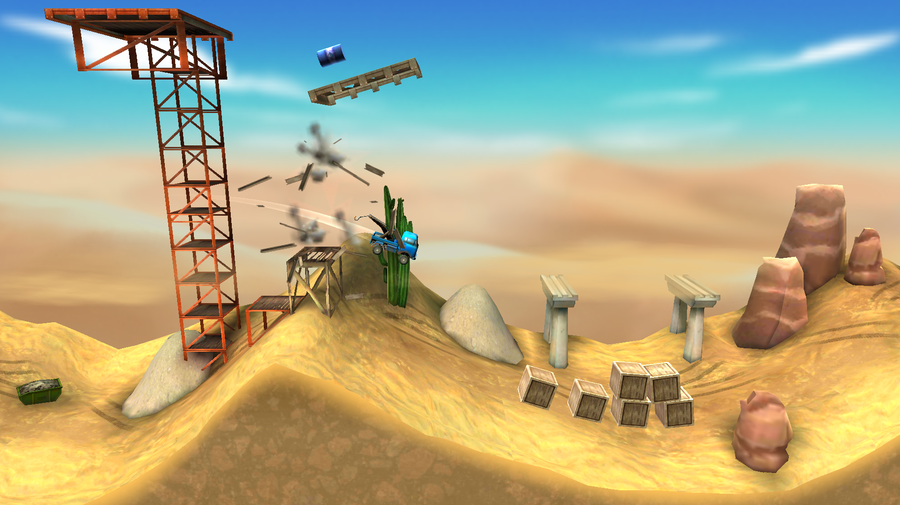 But there's one big change.

You don't hit go and watch the vehicles drive themselves. Instead, you maintain full control over speed, and direction in mid-air. It feels more like Trials than the other Bridge Constructor games.

Everything can be recorded and shared online, so you can show your ridiculous loop-de-loop contraption to a buddy. Bridge Constructor Stunts will be released on iOS and Android later this year.