As someone who played and enjoyed the game on Switch, my heart hurts just looking at some of these latest puzzles. There are 30 new test chambers in total, spread across 3 distinct chapters, with the DLC's press release stating "Only the bravest and smartest participants will succeed and receive the Golden Condolence Letter". 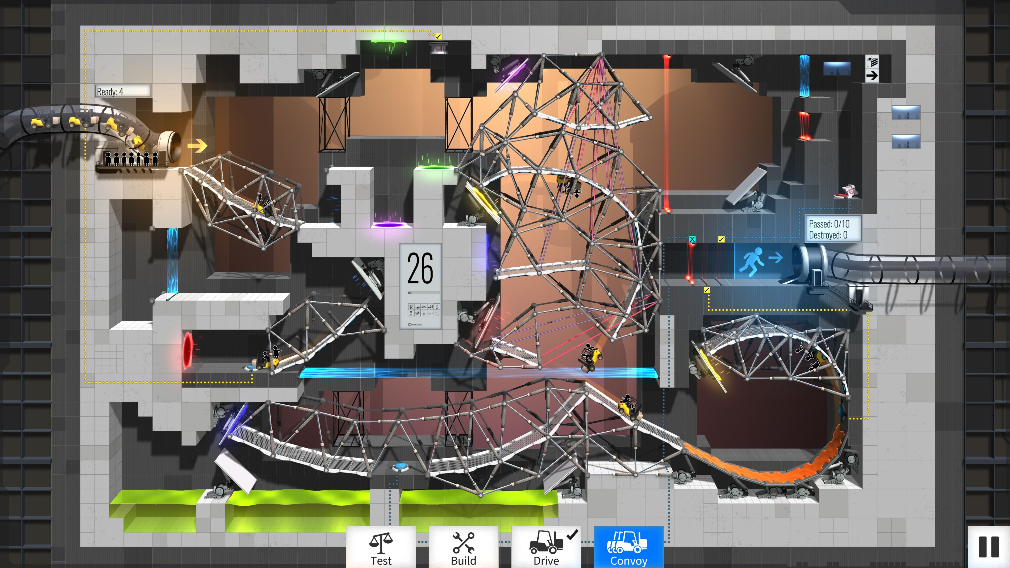 What complicates matters is that you can now place portals around the levels yourself, creating ever more complex contraptions in the process. Movable portals join aerial faith plates, propulsion gel, and repulsion gel as some of the mechanics you'll have to master to solve the game's many brain-teasers.

And don't forget that you've also got deadly sentry turrets, emancipation grills, laser fields, and acid pools to contend with. 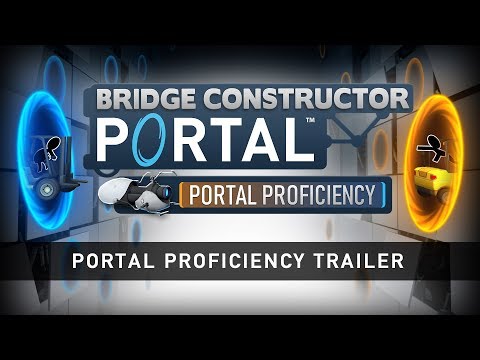 The game arrived on iOS and Android early last year. Harry reviewed it at the time, praising it for being 'a bright and funny reworking of Bridge Constructor', before awarding it a silver rating. That review noted that the game was packed with content at launch, and this first major DLC only adds to that.

Bridge Constructor Portal is an easy recommendation for fans of Valve's classics or the mainline Bridge Constructor games. It's a smart, tightly designed puzzler with personality to spare. You'll find it available for download now from both the App Store and Google Play for £4.99 or $4.99.

Check out our news section to discover the latest, and greatest, games.
Next Up :
NetEase Connects 2022 recap - Everything we learned from NetEase's latest conference