NEOWIZ has officially announced the launch of BraveNine Story, the studio's visual novel RPG that's set in the world of Brave Nine. Featuring the same art style and core elements that fans know and love about the franchise, the game supposedly fills in the gaps to make sure players enjoy a more immersive experience when it comes to the universe's overall narrative.

In BraveNine Story, players can look forward to encountering not only fan-fave heroes but also other important characters that may be your allies or your foes throughout the story. The game features Story and Story Abduction modes as well as PvP Arena modes, where players can dive into the tales of each mercenary in the former. The latter, on the other hand, lets players duke it out with others all over the globe.

To boost the festivities during the official launch, the game is holding the Start Dash Event until December 31st. Logging into the game will reward players with up to 10,000 diamonds as well. 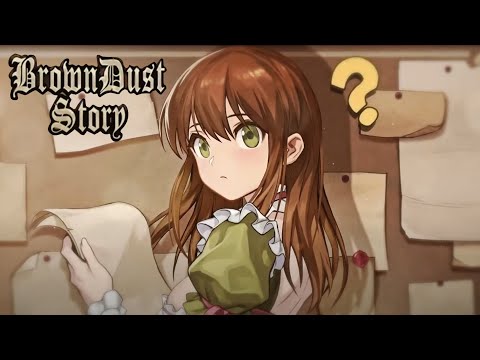 If you're keen on experiencing the game for yourself, you can download BraveNine Story on the iOS App Store or on the Google Play Store for Android devices. It's a free-to-play game with in-app purchases featuring multi-language support in Korean, Japanese, English and Taiwanese. You can also visit the official website for more info, or join the community of followers on Twitter to stay updated on all the latest developments. You can take a little sneak peek at the embedded clip above as well to get a feel of the game's vibes, mechanics and visuals as well.

Are you on the hunt for more similar titles that will put your skills to the test on your mobile device? Why not take a gander at our list of the best narrative adventure games on Android?

Next Up :
Ni no Kuni: Cross Worlds is celebrating 200 days of service with special events, login bonuses and more

BraveNine Story releases a batch of Christmas themed content, including a brand new story to experience and some cosmetics