Blood Bowl: Kerrunch is what iOS and Android gamers are getting instead of Blood Bowl 2

It shocks me that Blood Bowl: Kerrunch isn't a brand of cereal. What a missed opportunity.

What it is, however, is what Cyanide Games has come up with for us iOS and Android gamers instead of giving us Blood Bowl 2 (which came out on PCs and consoles recently).

As always, it's a mix of sports, fantasy, and yep, violence. That's to be expected from a Blood Bowl game.

But, specifically, what we have here is a faster-paced remix of the formula. You're given the opportunity to be a coach during a 5v5 American football-style showdown.

"Every match begins with a set-up phase, a test of intuition and cunning, in which the coach must study the opposition carefully and place his team wisely," explains Cyanide.

"Once the match has started, he must then keep a close eye on the action and choose the right moment to make the ball carrier pass or run.

"Accuracy and timing are needed to score a 'touchdown' and avoid a 'fumble'." 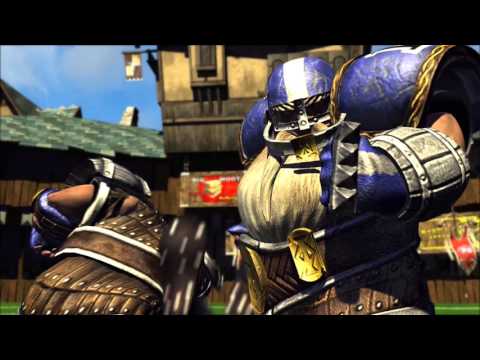 There are 75 unique players to choose from to form your team including Orcs, Goblins, Skaven, Treemen, Wood Elves, and the rest of the ugly bunch.

It's also said there will be 200 solo levels that lead you up to facing the Orcland Raiders in the Grand Finale.

A multiplayer league also offers daily challenges. Plus, there will be daily missions to tackle.

No word on when Blood Bowl: Kerrunch will be landing on our phones and tablets has been given yet. We'll let you know once we hear of one.