Blood Bowl: Kerrunch is here. That didn't take long, did it?

Announced only last week, Blood Bowl: Kerrunch isn't the best brand of cereal ever conceived, instead it's a pocket-sized version of Blood Bowl 2.

In short, it's a violent version of American football starring various Warhammer monsters.

You play as the coach of five-person team and have to place them in formations on a small grid-based pitch. The goal is to get past the opposition and score a touchdown.

It's a game all about planning. With over 75 players to collect, each with their own skills to consider, there's a lot of room to experiment here.

You also get to develop your players and upgrade their abilities to give you a better chance in future matches. 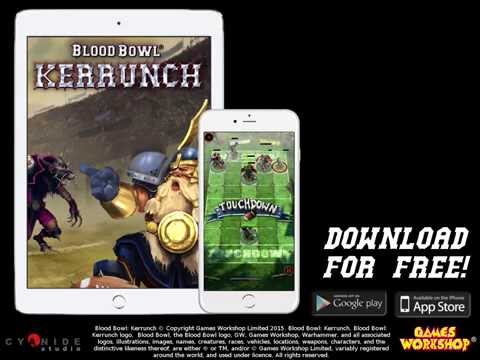 Blood Bowl: Kerrunch has a single player mode with 200 levels to beat. But the main competition is found in its multiplayer League.

Blood Bowl: Kerrunch is what iOS and Android gamers are getting instead of Blood Bowl 2