"If God did not exist, it would be necessary to invent Him." This baffling, apocalyptic line that feels straight from the Book of Revelations is just one of many universe-impacting statements that introduce stages in BlazBlue Central Fiction, yet another hyperactive anime fighter from Arc System Works.

It's a testament to Arc System Works' dedication to pure style. Once again, another confusing yet somehow epic line among dozens that get you pumped before a match where blades and spells are tossed around the screen in frenzied, lengthy combos that test the limits of human reactions.

Make no mistake, unlike 2018's BlazBlue Cross Tag Battle, this entry in the BlazBlue franchise is a much more difficult affair. The basic but fun combos of Cross Tag Battle are missing, in exchange for awkward unique button combos and dragon punch motions. This is a hardcore anime fighter, through and through.

If you're a fighting game player, you know what that means. Extensive combos to learn and spend hours in training mode with — though that's no bad thing. It's a satisfying game to learn and play.

If you're a more casual player, you are still catered to. The Stylish play style allows you to pull out incredible combos with more minimal effort, without needing to learn motions and specific button combos. Though, it's arguably a less satisfying experience. 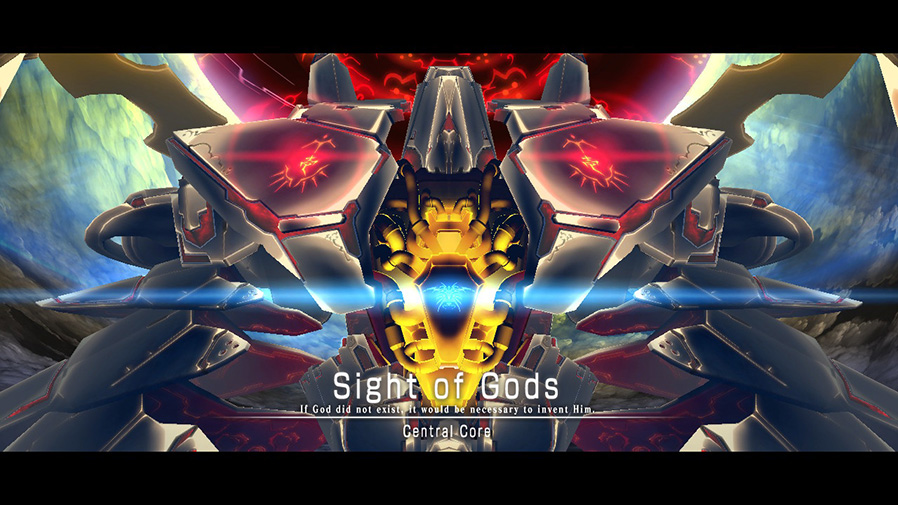 Central Fiction has loads of characters, and loads of content. Up close brawlers, zoning specialists, giant weapons, hand to hand combat, grapplers — essentially every kind of 2D fighting game character you could want to play is accounted for, with crazy combo potential. It's also a surprisingly well balanced game too, despite some obviously strong members of the cast.

Characters even have multiple Arcade mode paths, offering different challenges and small story scenes to give you more of the world of BlazBlue. There is a lot to dig into here.

Oh, and then there's the actual Story mode. As is typical with Arc System Works fighters, it feels superfluous. A convoluted, complex tale weaving all the characters together, told in long dialogue expositions, with no combat to break it all up.

It even warns you that recapping the story of the previous games before jumping in here will take about 30 minutes. It's all voiced in Japanese, but it's just faster to read it all like a visual novel and skip through.

No surprise that the story is a bit of a dud, but the gameplay is still incredibly solid. In fact, it might be one of the most refined 2D fighters available, full stop. The high skill ceiling and exciting gameplay cements it as one of the best. 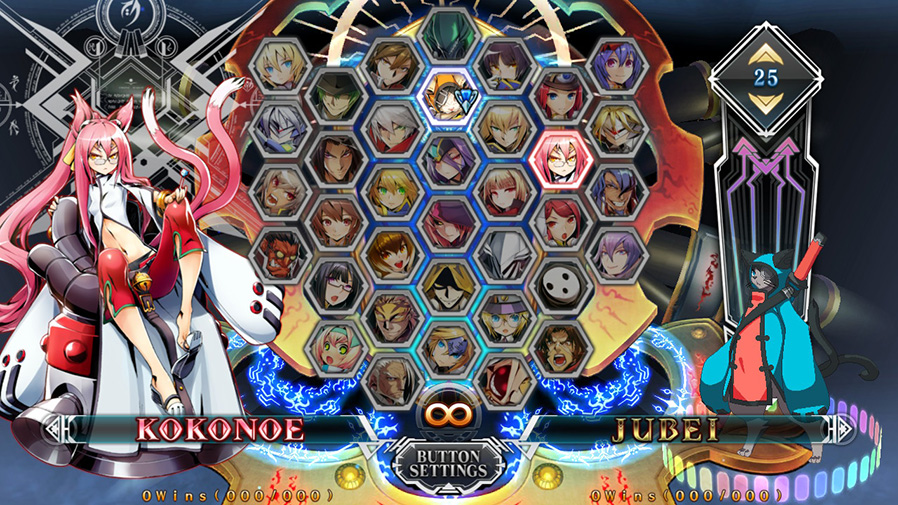 If you want to get better at BlazBlue, there's the challenge mode which will help you learn to combo with each character, and there are yet more battles to fight.

And, of course, there's the online play, which is again fantastic, assuming you've got a stable connection. The only barrier to entry you could have with this game on the Switch, is the control scheme.
Frankly, unless you are going to be using an impressive claw-grip, using the JoyCon is not a good way to play. An arcade stick would be perfect, but for players lacking those, the Pro Controller or another pad with a decent D-Pad would be a good option to play with.

But then there's the ultimate question: should you invest in BlazBlue Central Fiction on Nintendo Switch? Well if you can see yourself mashing out Arcade during a commute then sure, but it's a tough sell unless you're looking for a second version to practice with on the go.

It's one of the most refined fighting games, definitely, but it's not friendly to newcomers. New players might find BlazBlue Cross Tag Battle to be more enjoyable, but if you want to feel awesome while stringing combos together, Blazblue Central Fiction is the one for you.