Netmarble’s Blade & Soul Revolution is coming to mobile devices worldwide later this year, as per a new announcement made by the publisher. The game was previously made available in Asia, and was originally planned to come to other regions later in 2021 but the release was pushed back.

Based on the PC MMO Blade & Soul, the game is an open world mobile RPG that stays true to its roots by featuring highly detailed 3D graphics and large-scale content that was revamped to perform flawlessly on mobile devices. It depicts the eastern fantasy inspired world in full 3D, and utilises the Unreal Engine 4 to achieve its massive real-time faction battles.

You can check out the teaser trailer down below, although it doesn’t show much. There’s also an official website which you can visit to get new information on the game as it comes out. 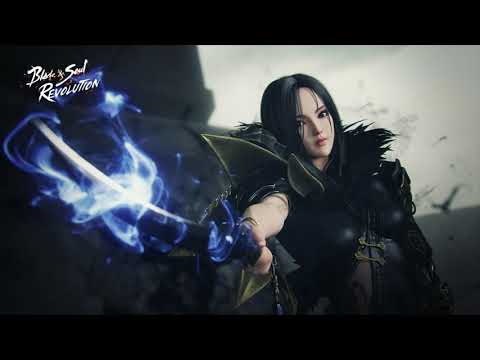 “The Netmarble team could not be more thrilled to work with NCSoft once again to create the definitive mobile edition of their long-running Blade & Soul,” said Andy Kang from Netmarble. “Our success of Lineage 2: Revolution really showed a strong demand for full-featured MMORPG experiences players can easily pick-up and play anywhere around the world, and we are eager to continue that success with Blade & Soul Revolution’s upcoming launch.”

So it seems like fans will still have to wait a little bit longer to get their hands on Blade & Soul Revolution, but it doesn’t seem too far off now. If you’ve got time for another mobile MMO to sink your teeth into, then the game launches later this year as a free download on the iOS App Store and Google Play for Android.

Be sure to read Jon's list on the best RPGs available for iPhone and iPad if you're looking for some neat role-playing games to play on mobile.
Next Up :
Fortnite v21.20 update brings New Indiana Jones skin set, Charge SMG, and more