Blade & Soul: Revolution will be heading for iOS and Android on March 4th

Back in January, Netmarble's upcoming RPG, Blade & Soul: Revolution became available to pre-order on both iOS and Android. At the time, the game had an expected release date of 18th March. Today, however, Netmarble has announced it will arrive a little sooner than that on March 4th.

If you're unfamiliar, Blade & Souls: Revolution is an open-world RPG that has seen success in Korea and other Asian territories, even picking up a Google Play award for 'Best Game in Korea'. The game looks to bring the PC game Blade & Soul over to mobile in a way that's suited to handheld devices. 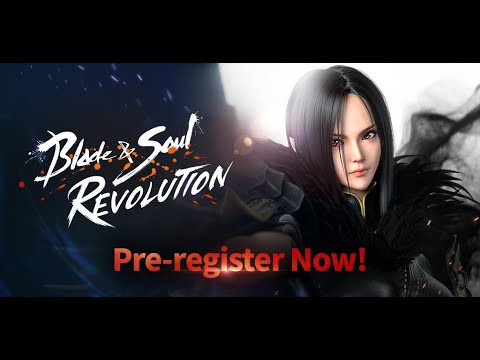 On launch, it will feature five different professions. This will include Blade Master, Destroyer, Kung Fu Masters, Force Master and Summoner. It promises to stay true to its PC heritage with full 3D graphics and large-scale content that has been tweaked to better suit being playing on a touch screen device.

Those who decide to pre-register their interest in the game ahead of launch will be rewarded with 1000 Black Crystals when it arrives. In addition to that, they can expect one premium pet too. This will either be a Lumi for Android users or a Sparkie if iOS is your platform of choice.

If you're interested in learning about the lore, characters and other bits of content that will be available in the game, you can check out the official website which is full of various pieces of information.

Blade & Soul: Revolution is available to pre-order now over on the App Store and Google Play ahead of its release on March 4th. It will be a free-to-play game with in-app purchases.

On the lookout for more excellent RPGs that you can play on your phone? Here are 25 of the best available for iPhone and iPad
Next Up :
Black Desert Mobile reveals new Drakania class alongside other major updates and announcements