Calling in the troops

We all know that NimbleBit's pretty skilled in making simple, free-to-play games that are equally fun as they are addictive, and why should Bit City be any different?

Having launched only a couple of days ago as one of the featured games of the App Store's indie take-over, its reviews so far are pretty positive.

But how did Pocket Gamer's eager group of game-enthusiasts, the App Army, find it? That's a very good question.

I've been testing this for a while in TestFlight and it wasn't what I had expected from NimbleBit. A clicker-ish-type game would have been much better as a real city builder, however once you get past a few lower levels and prestige a couple of times it becomes more engaging. I wouldn't say it will be a huge hit like Tiny Tower, but it will do fine.

My suggestion would be to re-create this as a classic Sim City-type game and it would be a smash hit. The IAP's are not at all annoying. In fact, if you save up your green bucks over time you may never have to actually spend any money out of your own pocket. 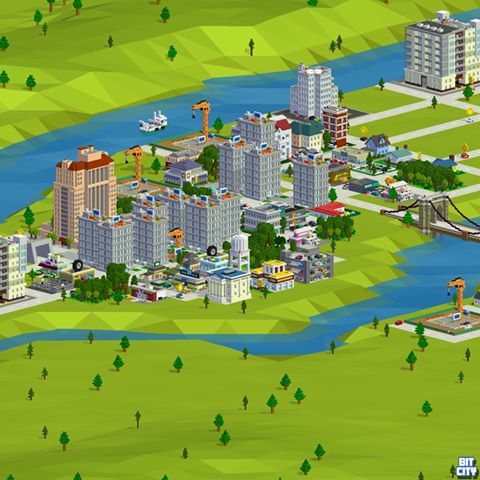 Paul Manchester 'City builder meets clicker' - Unfortunately 99% pointless clicker, and 1% City builder. I would say after the first few cities you've seen everything, and then can happily free up the space on your device. Looks chirpy enough, but without any meaningful goals, upgrades, or rewards, I have become a despondent god leaving my new city and its inhabitants to fend for themselves.

This game is from the makers of Tiny Towers and it's just as addictive. The graphics are great and the gameplay is simple and fast-moving. You can earn boosts and other shortcuts to move the game along, but to be honest I found that, unlike most games from the same genre, the process of building is fast enough to keep me playing, at least for the moment. It's a great game and I look forward to playing for a long time to come.

The combo of clicker and sim is a neat idea, but I wanted the 'sim' part to be bigger. It will involve grinding, like most games in this area, so you need to invest some time and patience. But, if you generally like sims it offers plenty to work with. Nice, clean graphics, easy handling, and a certain satisfaction in seeing your city growing. It doesn't involve tricky management, so it's good to play in small rounds from time-to-time.

Click, click, click, rinse and repeat, over and over and over again. I love the look of the game, I love that you can turn the music off, but that is about it. I'm sure many people will enjoy this pointless clicking game, but I'm looking for a little more depth. Now, if they had built an actual city building game and made it look like this, that would be worth shouting about. Maybe next time. 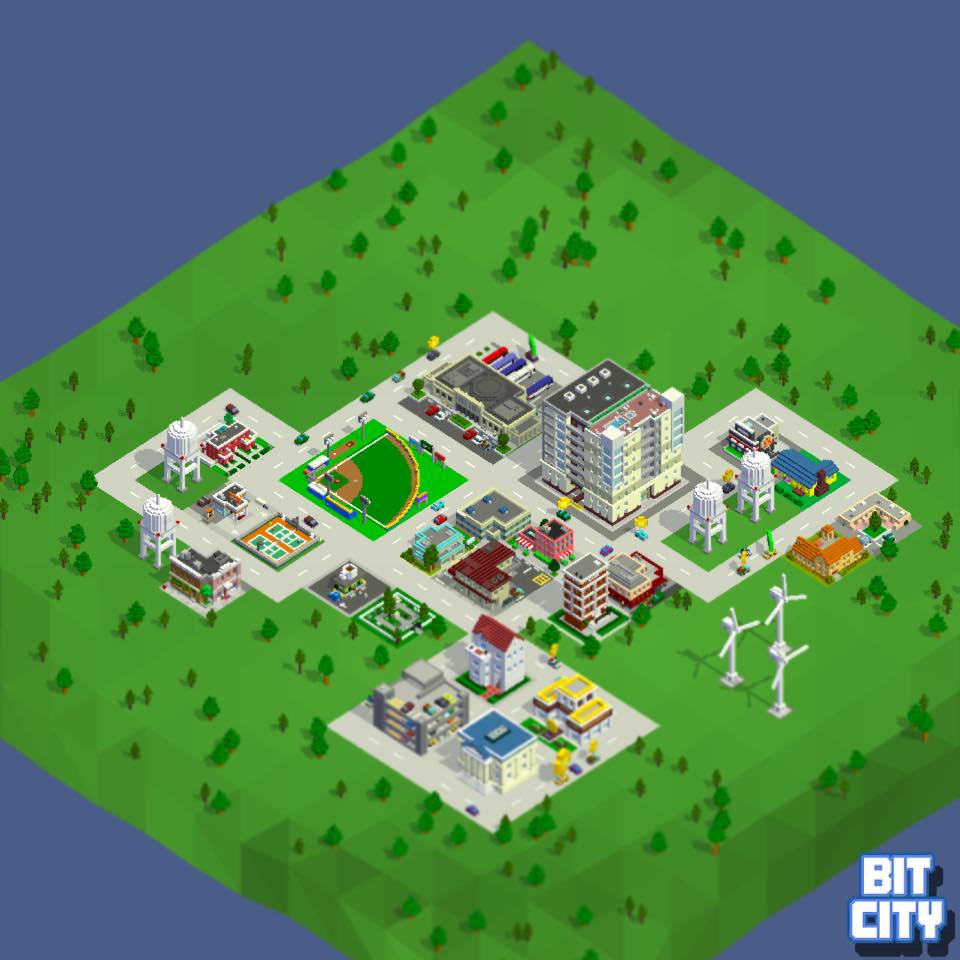 Matt King It's a lovely looking game as NimbleBit's usual pixel flair sines through. It's also simple to pick up and doesn't seem too cash-hungry for a F2P game.

However, it's the most idle of idle-clickers around. Nothing you do really affects anything. You won't lose - all you'll do is choose what style of building goes where and the rate the buildings level up. You don't even have much choice, just the three different types of zone (housing, business and service). You don't even get to grow your city. Each level has a goal and once it's complete it's a case of 'wipe it for the next slightly bigger level'.

There is no risk, superficial reward, and no lasting city at the end of it.

I have enjoyed many NimbleBit games and Tiny Tower is still one of my favourite mobile titles, however Bit City falls short of the mark.

I originally assumed that this would be a city builder that would take elements from their previous titles and implement them into a nice simulation game for mobile. This was not to be. This is a clicker in the skin of a city builder, and nothing more: click on cars for bux and coins, click build over and over again, earn coins while not in the game.

To top it all off, Bit City is level-based and this means you will scrap your cities and move on to a new location. Having one constant city could have been the saving grave for this game. I played for two days but I can't see myself playing any more.

I'm a fan of NimbleBit games and I was very curious about this new city builder. I was hoping there was going to be a bit of strategy involved, but no luck. It's a very decent clicker game, and it's kind of addictive to watch the buildings change.

The only strategy involved is to keep things balanced between the demand of the three types of buildings that exist. Other than that, it's just evolve everything to the max, rinse, and repeat. Start the next city, or reset everything and start all over again from scratch. It's enjoyable, specially if you love clicker games, but I really expected something different (and better) from these guys.

I'm quite liking this game. Though it's just a simple button pusher to upgrade your equipment, it's actually fairly addictive. Not sure how long that will last but it's good fun at the moment. A really basic idea with with a good execution. The App Army is Pocket Gamer's very own community of mobile game experts. Each week, we provide them with a bunch of free codes and early access to the hottest upcoming games so they can provide their thoughts in features like this. We also host regular community-driven events with them in mind like tournaments, giveaways, and multiplayer evenings. To join, simply follow this link to the page on Facebook and request access. We'll get you in right away!