This is my land

iOS + Android
| Bit City
Updated 13th March, 10:42 AM: Right on schedule, you can get your mitts on Bit City free-to-play on iOS and Android.

Grab it now on the App Store, or on Google Play.

These next couple of weeks are looking pretty exciting as some good games are due to be release. One of which is Bit City by NimbleBit, and it's due out next week. 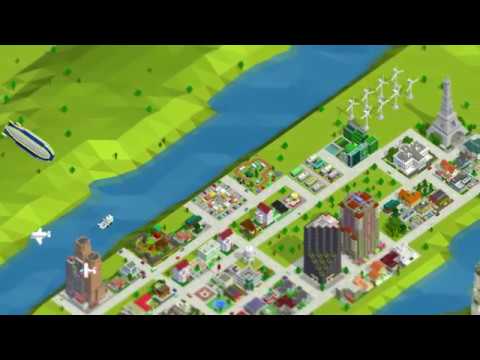 NimbleBit is known for their brilliant, tiny games, and Bit City is looking like a pretty neat addition to the bunch. You're looking with an almost-birdseye view as you build up your teeny city. It really is as simple as it sounds.

You've got different districts to think about, lots of cool buildings to unlock, and various vehicular items to place as you go about building your cold-blooded metropolis. For more detail, check out Clement's article from last month.

Usually we see games released on Wednesdays and Thursdays, but Bit City is so far slated to release on March 13th. If NimbleBit's keeping true to form, the game will be free-to-play on iOS and Android.

If you can't wait until then, however, you can try it out on Google Play now.