Reinventing Match-3 all over again

EA and Popcap has released a new Bejeweled game today to celebrate the franchises' 15 year anniversary.

Entitled Bejeweled Stars, it's been three years in the making and has overhauled gameplay completely, adding new challenges, powerups and obstacles.

You can also discover and unlock charms which are basically emotes, then trade and share them with your friends.

Much like Peggle 2, there are several unique characters - like a cat and a horse - stood to the side of the grid with their own mannerisms and expressions, potentially opening up some story possibilities.

You can also collect various tokens which are used on the grid to various different effects, such as an exploding Flame Swapper which sets off a chain reaction.

You can view the full trailer in all its shiny, dazzling, gooey glory below. 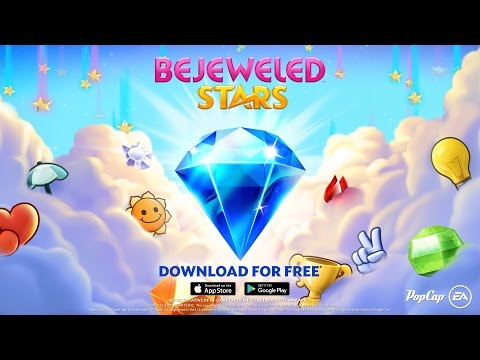 And if that's not enough the game has its own live-action ad centered on a gasping dog and a curling enthusiast who...um...likes Bejeweled?

You can download Bejeweled Stars on iOS and Android right now. So maybe you should go and do that.