After 40 million pre-registrations and a lot of waiting, Indian gamers finally have their very own battle royale!

Currently, the game is available only on the Google Play Store. Pre-registration began on 18th May 2021 where about 40 million users pre-registered. The PUBG ban hit Indian gamers hard. Early Access began on 17th June 2021, where 20 million players joined and provided feedback. 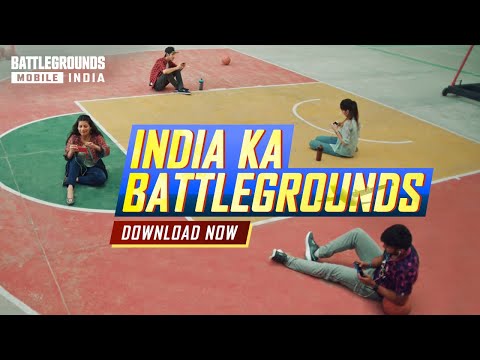 Discussing the release, CH Kim, CEO of Krafton, Inc. said: "Krafton is delighted to introduce BATTLEGROUNDS MOBILE INDIA for our fans in India. Designed exclusively for our Indian fans and gamers, BATTLEGROUNDS MOBILE INDIA will provide a premier gaming experience.” “This is just the beginning of a series of new content, collaborations and esports tournaments coming your way, and we will strive to ensure that our fans and community in India can fully enjoy the Battlegrounds experiences.”

Just like any other game, Battlegrounds Mobile India is a battle royale set in a virtual world where players battle it out to be the last person standing.

Krafton has promised an amazing array of different maps, game modes and lots of rewards for playing during launch. For taking part in the launch events, you will be rewarded with a free purple outfit and other rewards which include outfits, weapon skins and more. Launch week’s events include Friends For Life, Journey to the TOP and other exchange events.

Players will receive Supply crate coupons, classic crate coupons and a Constable outfit set when the game reaches download milestones. Mobile gamers in India are finally getting an alternative to PUBG and Krafton has assured that they will make further investments in India’s gaming industry.

Download Battlegrounds Mobile India right now for free in the Google Play Store. A reminder that this game is exclusive to India.

Looking for more shooters to play on your phone? Here are 20 of the best
Next Up :
KonoSuba: Fantastic Days is a new mobile RPG based on the popular anime series available now for pre-registration