Gamescom2015: Battle Decks is the huge new card game from Codemasters and Chillingo

Our preview video explains absolutely everything you need to know 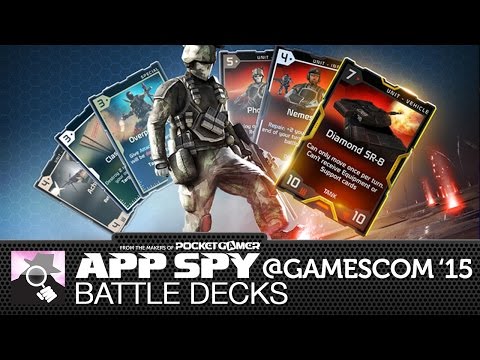 Card games are big business on the various app stores, and it seems there's no sign of stopping for them, as ever more waves upon waves of titles in that genre being announced and released.

Battle Decks seems like it'll set itself apart from the crowd though. It's a big budget release, and blends card mechanics with positional strategy gameplay to great effect, from what we've seen.

Battle Decks is currently soft-launched in Russia, but will likely release globally on iOS sometime this year.