UK indie developer Climax Studio is the latest team to get in on the rapidly blossoming virtual reality gaming scene, and has announced its first Gear VR title Bandit Six.

The game puts you in the gun turrets of a World War II bomber as it soars high above enemy territory on a frantic bombing run. Although you won't actually be doing the flying, you're right in the middle of the fire fight with a long way to fall.

Developed with the Samsung Gear VR in mind, this looks set to be an intense trip into the big wide blue, with enemy fighters circling all around. But where similar games only give you a letterbox through which to see the action, the VR element lets you see the aerial carnage in 360 degrees.

Your guns around mounted on the back of the plane, and it's your job to keep the Red Baron and his dastardly chums off your tail long enough to deliver the payload to Hitler's doorstep.

Climax Studios has also teased that it's got another Gear VR game in the works, and although there's no precise release date for that, or Bandit Six as yet, we'll keep you posted on their progress.

In the meantime, check out the intense dog fighting VR trailer. What ho, chaps! 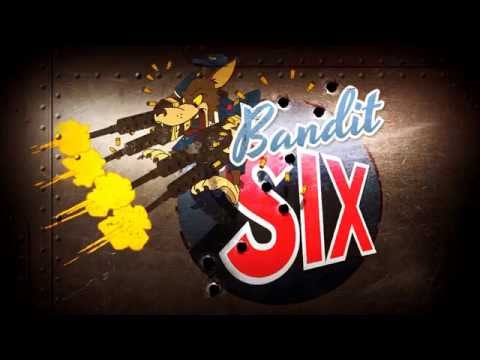