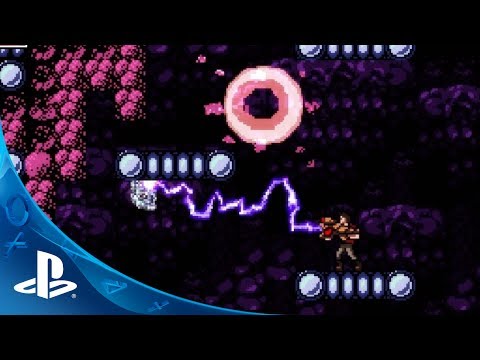 Games like Guacamelee, Xeodrifter, and Stealth Inc 2 all let you explore labyrinthine worlds, in the hope of finding new abilities that will let you overcome obstacles elsewhere on the map.

But Axiom Verge - a new PS4 game that's coming to Vita later this year - is perhaps the closest anyone has come to really capturing the magic of those old Metroid games that have inspired so many indie devs. 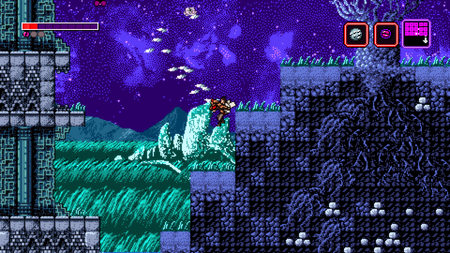 As ever, you're a lone soul - here, scientist Trace - exploring a vast alien landscape and picking up all manner of gizmos and guns along the way.

These inventive abilities are one of the things that keep you plodding along. The curiosity of what will come next just spurs you to keep digging and exploring.

You get a lab coat that lets you faze through walls, a tricky grappling hook ripped right out of Bionic Commando, and a drone that lets you explore nooks and crannies

And because the game has a focus on combat, there are loads of different guns to find including a lighting-powered shotgun and deadly laser whip that tethers to nearby enemies and saps them to death.

Most of the best guns are hidden deep within the world, and require some serious exploration to actually find. Bust out the graph paper, boys and girls, you're gonna need to make a map. 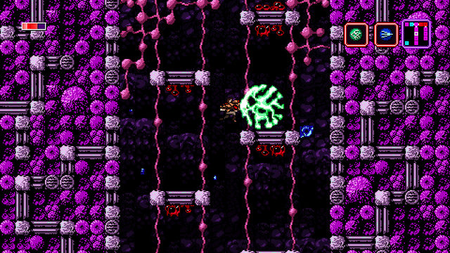 But the most important power-up is a gun that lets you hack stuff. This can uncover hidden platforms, descramble glitched out obstacles, and even rejigger enemies to give them new properties

A monster might become slow and docile, or lose its ability to fire bullets. Or, it might become more deadly when hacked. The result of reengineering each foe is just another thing to explore and remember as you play.

This power-up also lets you find entire hidden worlds that have randomised locations and layouts. It's all about making those secret areas actually feel secret, which is hard to engender in a world of Twitter spoilers and instant FAQs.

When you stumble upon one of these rooms, it should feel like finding a hidden area in Super Metroid. Or, perhaps, finding the glitched out minus world in Super Mario Bros.

Because Tom Happ - Axiom Verge's solo developer - was inspired by the way old NES cartridges would glitch out and go weird if you wiggled the cartridge or pissed around with a Game Genie. 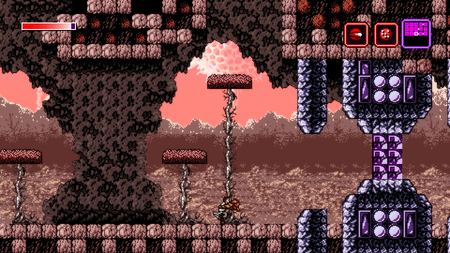 Axiom Verge is incredibly impressive, by the way, for a game made by one dude. Happ did everything, from the 8bit art to the evocative music, and designed the entire map and created about 12 hours of content (four if you speed run it) on his lonesome.

The fact that he has managed to truly capture the feel of playing Super Metroid, when so many well-intentioned indie devs have tried and missed the mark, is pretty impressive.

Dan Adelman - the ex-Nintendo indie guy who did the game's marketing (okay, so Happ didn't do everything) says the Vita version will be out in a few months and will be cross buy. So if you get it on PS4, it will appear on your Vita at release.