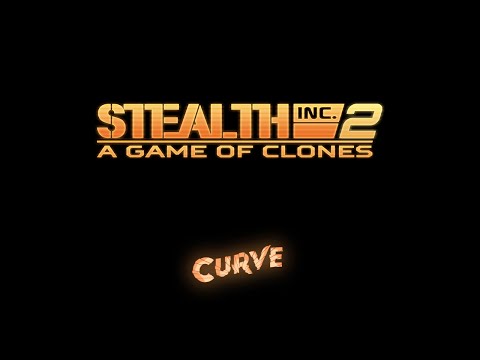 Curve Digital says it will rescue Stealth Inc 2: A Game of Clones from the shadowy nightmare of Wii U exclusivity, and bring the game to Vita (and other platforms) early next month.

Like the first Stealth Inc (previously Stealth Bastard), you'll be solving self-contained puzzles that force you to use the shadows to stay hidden from enemy robots and laser beams.

But now, levels are strung together in a Metroidvania-style overworld. Plus, you'll get to use new gadgets like an inflatable cuboid friend and a gizmo that hacks enemy robots. 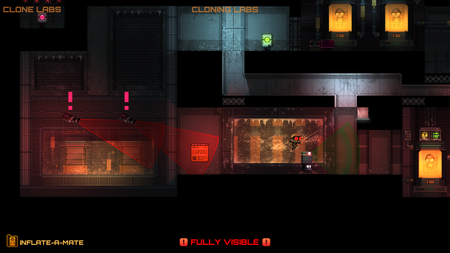 Stealth Inc 2 also has a level editor with full level sharing. And a variety of hats. Yay hats.

If you never played the first game, you'll be able to get the Stealth Inc: Ultimate-est Edition for £13.99 / $16.99 which - for a just few pennies more - adds the original Stealth Inc and its DLC to the bundle.

We called that first game a "great indie platformer for the PS Vita, despite the niggly second half. You'll find some of the best puzzles available on the Vita in the game's tighter moments".

Stealth Inc. 2: A Game of Clones

Stealth Inc. 2 loses its Wii U exclusivity as it sneaks on to PS Vita in April