Avolteha is a point-and-click passion project ten years in the making, now open for pre-order

Picopeople has announced the upcoming launch of Avolteha, the indie studio's point-and-click adventure that's ten years in the making. Coming to iOS on May 31st, the game takes players on a whimsical journey entirely without words.

In Avolteha, players step into the shoes of Paul and travel the world overcoming language barriers without any text. Conversations are entirely in hand-drawn speech bubbles with the aim of making the game accessible to anyone. Typical of the genre, players can pick up items and figure out how to make use of them to solve various puzzles. The game can also be played simultaneously with up to four players, and progress can be synchronised via iCloud. 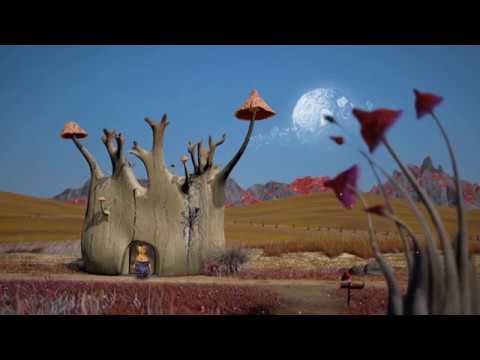 The visuals of the game do look interesting, and I personally feel like it has a Wallace and Gromit vibe to it. You can take a quick sneak peek at the embedded clip above to get a feel of the game.

"In 2012 the idea came up to develop a point and click adventure game. At that time, nobody would have guessed that this would take more than 10 years," says Picopeople from the official press release. "The first concept of Avolteha was a game completely without writing. Based on this, the story, puzzles and first design ideas were created. Over the next few years, the first rooms, graphics, backgrounds and game characters were developed. This was an extremely lengthy process, because all graphics and animations were created with the help of a 3D program. Complex landscape scenes sometimes took several months to create. This resulted in over 20000 individual images for the character animations, objects, backgrounds and speech bubbles. All speech bubbles were drawn by hand."

Avolteha will soon be available to download on the iOS App Store for $6.99, with pre-orders now open.

Next Up :
KartRider Rush+ teams up with Sonic The Hedgehog for a fast-paced collab until June 30th

Avolteha, a point-and-click adventure taking players on a whimsical journey, is launching soon on iOS