Pretty, but also pretty far away

A couple of years ago a game called Avolteha made its debut on the toucharcade forums, spending roughly five days talking about their project before disappearing into a very sudden silence. In the early hours of this morning however the developers popped a gloriously ominous message on their old post stating: "We are back." 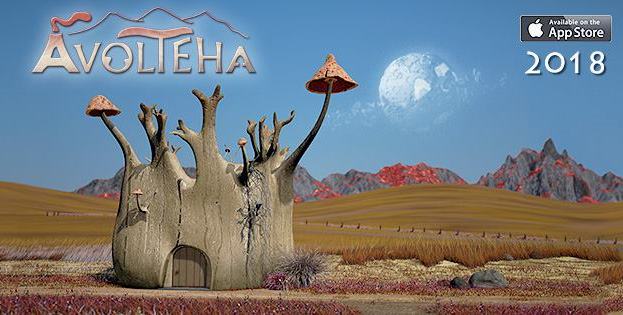 Avolteha is a graphically dynamic point-and-click adventure/puzzler which takes place on a nameless alien planet featuring an ensemble of odd-looking, alien creatures. After many years our protagonist, Paul, receives a letter saying that the contraption he made to collect vital water from the tall mushrooms/clouds is bone dry. It's up to him to solve the mystery and save the day.

It may have been a couple of years but Picopeople has certainly been busy. Though it looks a bit like a strange, late-afternoon show on CBBC, the attention to detail in this game is truly wonderful. Without any kind of language to work around, all communications are made using animated speech bubbles, suggesting what needs to be done rather than telling us outright.

Where Avolteha is in a bit of trouble is that even with a two-year break, the game isn't set out for release next year. Instead it's advertised as coming exclusively to iOS in 2018, so that's quite a long time to keep people interested in a single product.

Check out more of the game on its forum page here, or take a look at it on Facebook.

Avolteha, a point-and-click adventure taking players on a whimsical journey, is launching soon on iOS

Avolteha is a point-and-click passion project ten years in the making, now open for pre-order