There are a lot of Auto Chess games. That is a terrifying fact. I feel like I blinked, and the Auto Chess genre just emerged from the shadows and ambushed me on all sides. I still have not roused from this nightmare, and my fingers fervently click away as if they're my feet, running on the ground but never moving, frozen to the spot.

So anyway, there's Dota Underlords, Auto Chess, and Chess Rush, and honestly they're all pretty much the same game.

If you're a mobile game fan, you're inevitably going to get involved in Auto Chess eventually, but the question is, which is going to be best for you to play?

It's a tough question, but it's one we're here to answer, as we pit the big boys of mobile Auto Chess head to head.

They are all auto chess 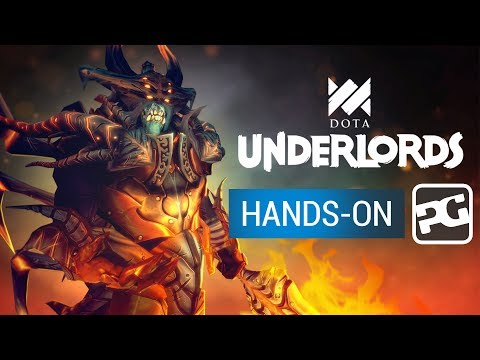 Well, I mean, there are no wrong answers, right? If you just want to try Auto Chess for the first time, well, they are all Auto Chess, and they all do a pretty good job of recreating the fan favourite game mode.

They all have a similar interface, similar mechanics, and the games play out very familiarly in all three of the most popular mobile variants of Auto Chess. So honestly, if you were to just pick one you liked the look of and tried it out, you wouldn't be doing anything wrong.

But having said that, some of these games might have a more long-lived audience than others, and honestly, Dota Underlords has the advantage here. Since it is also available on Steam, and has full cross-play support, you can be ensured that the install base has the potential to be much larger, and should still be there in years to come.

That is certainly not a guarantee for Auto Chess and Chess Rush, with the former offering a fairly expensive battle pass, and the latter releasing after Dota and Auto Chess have already gained a large audience.

So when you stack all three of the big mobile Auto Chess games up against one another, you can't really complain about the quality of any of the three. They all look pretty good. But art styles differ.

For some reason, Chess Rush has gone for an incredibly cutesy style, which isn't usually what I expect from Tencent. It certainly doesn't feel aimed towards an older audience, for some reason.

Dota Underlords is the opposite, looking dark and brooding. Auto Chess takes a nice middle ground. Depending on your preferences, I'd say it comes down to either Dota Underlords or Auto Chess.

So what are the advantages of playing one iteration of Auto Chess over another? As of right now, there aren't many.

But Dota Underlords has the main one. As already mentioned, it has full Steam support, and that just ensures your account will be safe, and the playerbase will remain widespread.

The other two games really don't have anything outstanding that makes them necessary or more interesting. They are just, well, Auto Chess.

In case it's not already obvious, it's Dota Underlords.

Ultimately they are all Auto Chess, so there's still no wrong answer here, but Dota Underlords has a few small advantages that push it ahead of the other two big games on the market.

If you're exclusively sticking to Auto Chess or Chess Rush, then that's fine and you should do so, but if you're new to Auto Chess, Dota Underlords might be the best place to start.

0/3
Next Up :
App Army Assemble: Where's Samantha? - "Does this puzzle-platformer spin a good yarn?"

The best place to play Auto Chess - PC vs Mobile