Tilting Point has partnered up with Metro Goldwyn Mayer to bring the universes of Astrokings and Stargate together in a new crossover update.

The event begins today and continues through to 26th May, where you can now experience the rich world of Stargate within the cosmic MMO conquest of Astrokings. This new crossover features a narrative that allows you to unlock fan favourite characters from the SG-1 series, such as Samantha Carter, Daniel Jackson, Teal’c and many more.

Astrokings is a mobile online RPG where you fight other players in powerful spaceships, manage futuristic resources and build facilities on countless planets in a bid to become the galactic ruler. You can build your own starship fleet, customise it with big weapons, and command it in battle. For this reason it looks like Stargate would be a great crossover choice for this game. 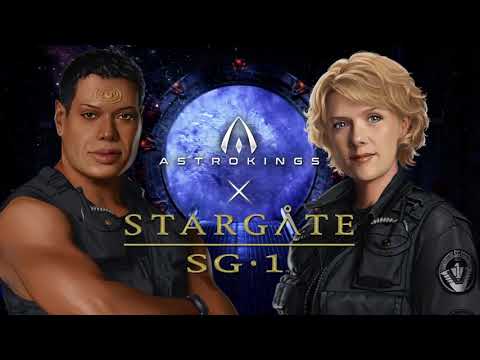 Meanwhile, Stargate has been a cultural phenomenon across sci-fi film and television. It has also found its way into games, comic books, trading cards, web series, and more, and has sold more than 56 million DVD copies.

“The huge scale of ASTROKINGS and its fantastic galaxy-spanning storylines make it a perfect fit with the Stargate universe, which has been inspiring fans for nearly 30 years,” said Samir Agili from Tilting Point. “We’re excited to see the huge player-base experience this special event with their favorite Stargate characters.”

“ASTROKINGS is a thrilling destination for gaming and sci fi fans and we look forward to bringing one of our most popular and enduring properties, Stargate to the game,” added Robert Marick from MGM. “It’s a great opportunity for us to offer a new touchpoint to current fans of the franchise, as well as reach potential new fans.”

You can download Astrokings now from the iOS App Store and the Google Play for Android store, where it is a free to play title with in-app purchases.

Check out some of our favourite action games right here.
Next Up :
Fortnite launches Chapter 4: Season 1 with a new map, battle pass, and a tonne of new gameplay features

ASTROKINGS: Space War Strategy teams up with Stargate SG-1 for the third time, with new characters and in-game events