ASTROKINGS: Space War Strategy teams up with Stargate SG-1 for the third time, with new characters and in-game events

Tilting Point and Metro Goldwyn Mayer have announced the return of their collab with Stargate SG-1 for ASTROKINGS: Space War Strategy. The special collaboration redux marks the third time the sci-fi show has teamed up with the game, and will last until November 30th.

In ASTROKINGS: Space War Strategy's latest crossover event, players can look forward to scoring four new collab-themed heroes along with a new flagship and plenty of in-game events as players wage their cosmic space wars. In case you're not familiar with the game, the MMO lets you manage intergalactic resources and construct planetary structures as you strategise how to win against your opponents.

In particular, the four new heroes include The Last Ori Adria, Commander George S. Hammond, Mercenary Vala Mal Doran and Major Janet Fraiser. The new flagship Light of Ori will also be available for players to use in combat, boasting new beam abilities, a boosted attack speed, as well as better missile resistance. 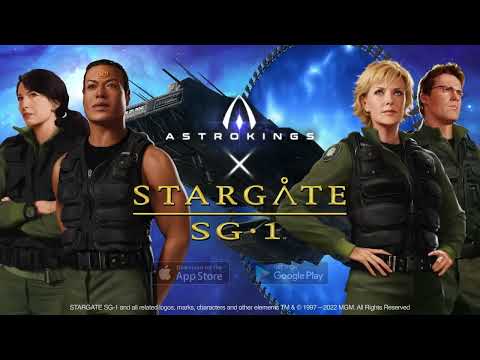 The Federation Alien Fleet in-game event, on the other hand, lets players summon an alien fleet in combat, while the I am Legend event rewards players with points for successfully completing the Stargate dimension rift.

If you're keen on diving into the game and experiencing its latest update yourself, you can now get a headstart by downloading ASTROKINGS: Space War Strategy on the iOS App Store and on the Google Play Store for Android devices. It's a free-to-play game with in-app purchases. You can also take a little sneak peek at the embedded clip above to get a feel of the game's latest update in store for you.

Are you on the hunt for more similar titles that will put your skills to the test on your mobile device? Why not take a gander at our list of the best sci-fi games on Android?

Next Up :
Mech Arena is commemorating the launch of the FIFA World Cup 2022 with the upgraded MVP Neymar Jr. Pilot