Is Asterix: Total Retaliation a clone of Plants vs. Zombies - and should you care?

Where do you draw the line?

Take the 2D grid-based grass tiles acting as the playing board. Friendlies placed on the left-hand side. The encroaching enemies emerging from the right. Potions to spend on units. More devastating one-off powers with slow burn-down cast by the player.

What does it immediately resemble to you? Come on, you all know. Plants vs. Zombies, right?

The resemblance is almost uncanny. And it sounds like it plays just like PopCap's agricultural war game, too.

"Repel ever more threatening waves of Romans by placing the Gallic heroes strategically on the board," says Bulkypix. "Use the menhir or the boars to keep Caesar's legions at bay."

The question is, though, whether or not there's enough of a resemblance to outright call Asterix: Total Retaliation a "clone". And even if it is, is it really doing any harm?

Where do we draw the line?

Video game cloning, as it's called, is a tricky business. Our immediate reaction to what we perceive to be a clone is to scowl and seek ways for the game to be taken down.

But video game clones aren't always a bad thing. In fact, it's arguable that much of the games industry is built off the back of clones.

Atari's much beloved (now considered a 'classic') Pong of 1972 is a shameless rip-off, or clone, of the Magnavox Odyssey's Table Tennis. 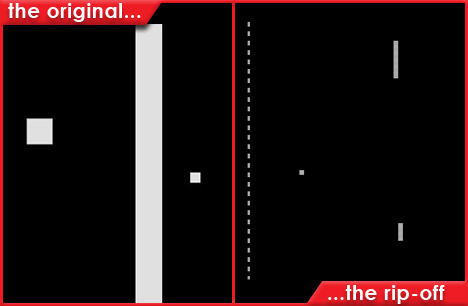 At the time, Atari was sued by Odyssey and had to pay a $700,000 licensing fee. What swayed the court's decision was Atari's founder, Nolan Bushnell, leaving his signature in a guest book at an exhibition that proved that he had played Odyssey’s Table Tennis before Pong was released.

Pong didn't add anything new to formula, ergo, it's a clone.

But just because the industry has been built, in part, by successful clones, that doesn't make them right. We should still call out genuine clones of games so as to not encourage lazy and immoral development practices.

There's a fine line between inspiration and clone, and it's this fact that stops us pouncing on gut instinct alone. A game can be very similar to another, but if it adds a new spin or another interesting feature, should we condemn it?

Before I had played Asterix: Total Retaliation myself, I wanted to shout "clone" in its direction. But having now played it, the accusation isn't as easily come by.

While it really does seem to be a PvZ game with licensed Asterix characters added to the mix, it's not quite that simple.

For example, Total Retaliation puts a limit on certain characters so you can only deploy one at a tim

The other main difference is that you can move them around the board after being placed at a cost. There's also the option to send Dogmatix running across the board to stun big groups of enemies, which is the only character you don't place anywhere as defence; he's pure attack.

Aside from that, Total Retaliation pretty much copies how PvZ works across the board. The question is whether or not that's enough to deem it a clone or an inspiration with new ideas. It's almost impossible to call. 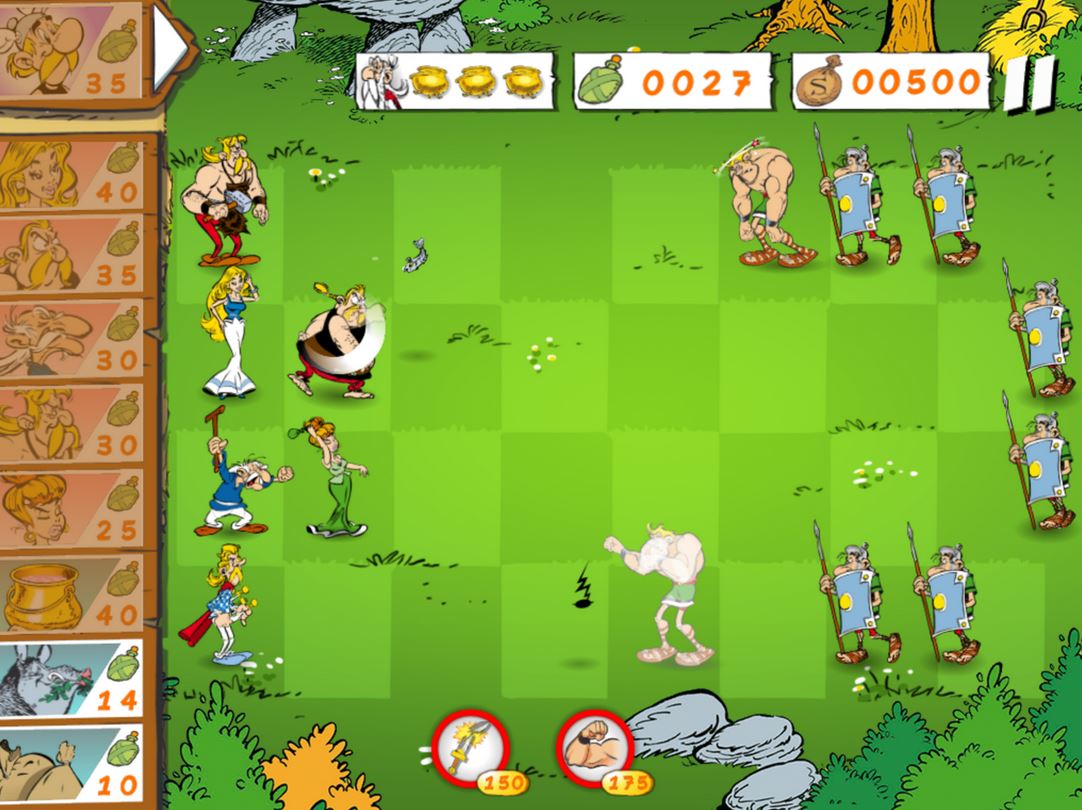 I'm pretty sure that, even if Total Retaliation was a clone, it's not going to affect PopCap or EA. But it's in their interest to protect their copyright over PvZ and its game design.

But how do you feel about this as a player? Because once you know a game is a clone, or something very close to it, you get to make the decision whether or not to support that developer and its game.

Doing so could have other effect, though. For instance, look at the scandal regarding Gamenauts's clone of Vlambeer's Ridiculous Fishing.

The worst-case scenario would have seen Vlambeer put out of business and shut down because Gamenauts had stolen its idea and took all of the business. A creative developer of original games gone, while a studio devoid of that prospers.

Luckily, Vlambeer has a library of successful games, and even managed to release Ridiculous Fishing to huge success.

With that in mind, it's up to you whether or not you want to support these kinds of developers. So, as Asterix: Total Retaliation is a clone in many regards, with a few and fair gameplay tweaks, let's use it as a test of your loyalties.

Tell us where you stand on this awkward issue. Do you care about ensuring your money goes towards the developers with original ideas? Or do you just want good games to play, no matter the cost?