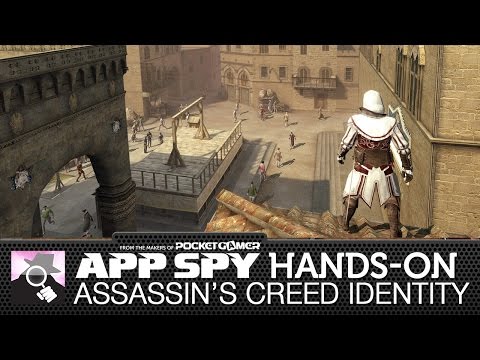 Now this is a nice surprise. There's a new Assassin's Creed game coming to iOS and it's not a card battler, tabletop game, pirate ship spin-off, side-scrolling action game, or a multiplayer arena battler.

Sure, it's a little smaller than your typical game. The areas you can play in are small scraps, plucked from areas about Renaissance Italy. And they're separated out, so you have to pick them from a menu.

It's also a lot more straightforward. There's no proper storyline (and instead of a main character, you pick a generic Italian bruiser from a list of faces). And the missions are short, randomly generated quests, built from 16 different archetypes. 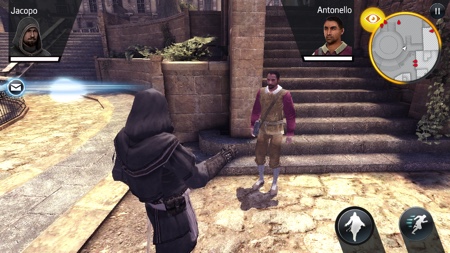 And the controls are, of course, a little simplified. You can move and look with fake joysticks, or you can tap where you want to go. You simply run at a wall to parkour your way up it, and actions like hiding and assassinating are achieved with context sensitive taps.

You can play with an MFi controller if you want, but it's a little bit broken right now. The right analogue stick doesn't move the camera and there's no indication of what the buttons will do when pressed.

The game is also a bit free to play.

Unlocking new skills will hit you with a wait timer, and you can spend real world money to boost your inventory or use the crafting system (called decryption in Creed's sci-fi parlance). But, for the most part, it's pretty unobtrusive. 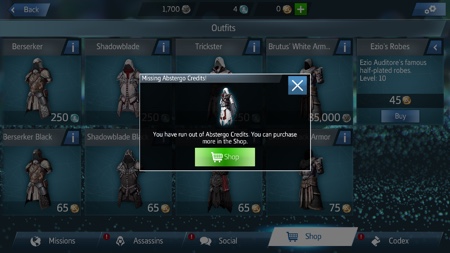 Even with those caveats, this is the closest we've come to getting to a full Assassin's Creed game on iPhone and iPad. A game where you can attack missions in any way you like, and use all sorts of items, tactics, and directions to carry out your murders.

And there's new stuff too. There are different classes of assassin to pick from, like the knife-tossing shadowblade and the brutal berserker. Plus, you can hire other murder artists as heirlings to do your bidding for you.

Plus, it's a pretty impressive looking game. It's powered by Unity and has, according to Ubisoft, "custom-made HD textures, shaders, and models, all based on the Assassin's Creed console games." And there's a crowd system; day, night, and weather presets; and dynamic lighting. 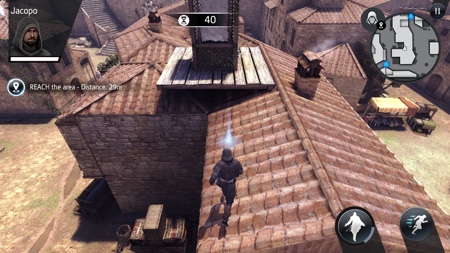 So if you've been dying to have a full Assassin's Creed game on your iPhone or iPad - and not some spin-off, tie-in, or companion app - Identity will be one to check out. It's currently in soft launch in Australia and New Zealand and the game will be out worldwide in 2015.

Unless things get optimised before then, the game won't work on any iPod touch, an iPad 2 and lower, or an iPhone 4S and lower.